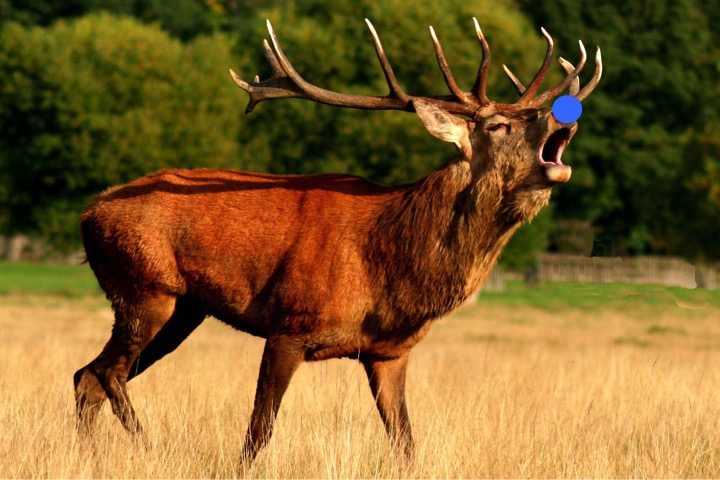 Rudolph, longtime navigator of Santa Claus’s sleigh, has confirmed reports that his nose was blue during Christmas Eve gift deliveries. The change of nose color broke the historical precedent of his nose’s natural red glow, which shined so brightly in the night sky.

“The GOP will soon control both houses of Congress, the presidency, and the Supreme Court. But Santa’s fleet of reindeer is and always will be led by a Democrat,” said Rudolph in a statement released via a Tuesday morning Pantsuit Nation post. “I wanted every little girl and boy to know that. So last night, I flew into a cookie factory, stuck my nose in some Blue #9, and started guiding Santa’s sleigh.”

Fellow reindeer Vixen voiced concern about Rudolph’s statement. “I don’t think North Pole folks like The Grinch or Rudolph should get involved in politics. I mean, this is going to make the reindeer games so awkward,” she said in an interview. “But I guess it’s their right to speak out.”

The Grinch, who endorsed Donald Trump in October, did not return requests for comment.