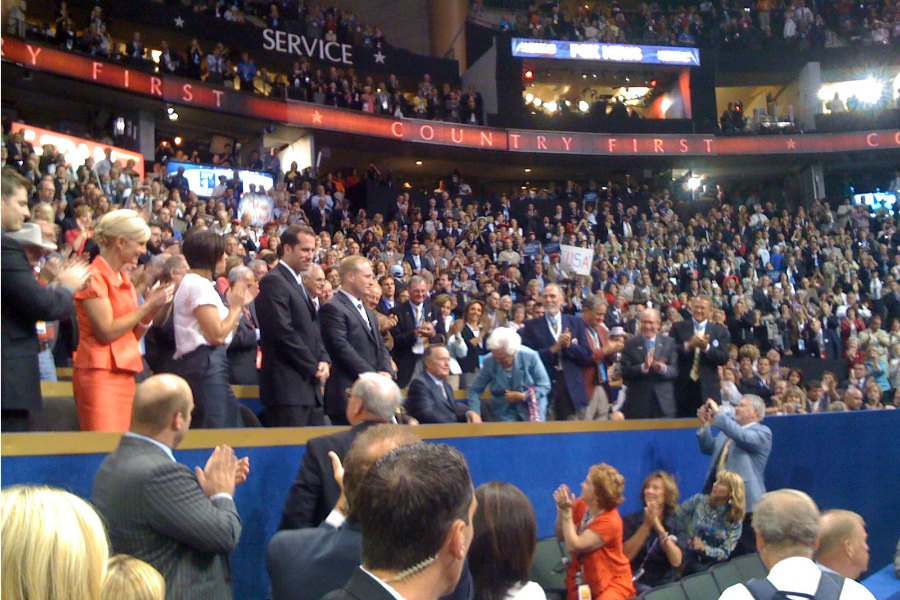 We sent our third-best reporter to cover the events unfolding in D.C.

Below is an unedited transcript of his live report.

WASHINGTON D.C. — Well, folks, I’m standing here inside the 310 First St. headquarters of the former Republican National Committee, and insults and bullets are pinging off the walls around me as Trump launches yet another assault on this establishment.

I can see Ted Cruz next to me, sheltering behind a pile of rejected climate change legislation – always knew that would come in handy, he did. Oh, and it seems Paul Ryan is weathering the assault well, having constructed an impromptu barricade from copies of Atlas Shrugged – and, tragically, his barricade has collapsed under the weight of its own pretention, crushing Paul Ryan completely. And – what’s that? He’s saying he still technically endorses Trump! Possibly concussion from blunt-force trauma, let’s check back with him around October 15.

Chris Christie just phoned in, saying he’d love to be here but he’s been delayed by traffic on the George Washington bridge.

And it seems Jeb Bush is charging into the fray shouting ‘Jeb!’ over and over…not quite sure if he thinks that mantra gives him invincibility…Ouch. Apparently it doesn’t, he’s just been mauled by a bear. No idea where it came from, but a sign on its head says ‘If found, return to Краснода́рский край.’ Some interesting developments here, wonder how the Trump campaign will spin that.

Over to the side, it seems Marco Rubio and Carly Fiorina are trying to use Mike Huckabee as some sort of human shield. It’s not clear he realizes where he is. He keeps muttering “Damn immigrants, takin’ our jobs” and reading a Simple English Bible, and oh! Mike Huckabee has been shot in the head! Here comes Ben Carson now, wearing a crudely fashioned medic’s outfit, trying to perform emergency neurosurgery – oh no, some consultants are getting in his way, mobbing him – oh, and Huckabee’s flat-lined. Hasn’t stopped him from talking, though.

What’s this? A confused Gary Johnson has shown up, and is attempting to gather up the defectors. He’s now asking a policeman for the way to ‘Aleppo’ – good luck to him.

And it looks like Milo Yiannopoulos is charging towards me, desperate for screen time. I’ve got to get to safety. So, in summary, situation messed up, prospects bleak, and one cry on every pair of lips: “What the hell happened to Ron Paul?”