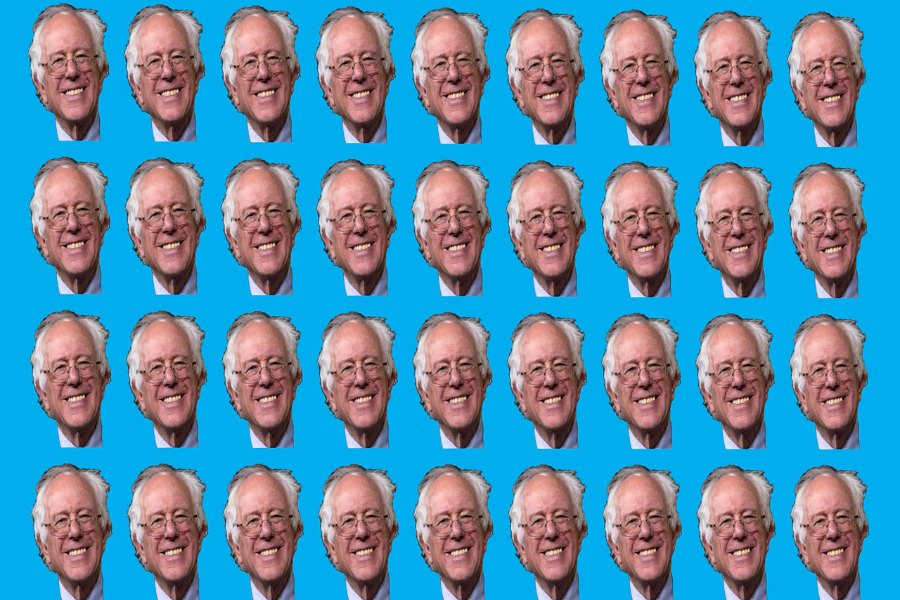 Democratic candidate Bernie Sanders drew a crowd of more than 3,000 people at a rally on Sunday afternoon in New Haven, including a large number of college students. Though many left with positive impressions, Jon Win ‘18 regrets going to the rally on acid.

“At first I was impressed by his proposal to break up the banks, but then everything started melting like lava and he became a dancing pink Smurf singing ‘lalalalalala’ and I thought, ‘this seems overly ambitious,’” said Win.

This sentiment is not unique to Yale. On college campuses nationwide, an estimated 68% of students who attend a Bernie Sanders rally say that when they are high on acid, his  policy proposals make little sense.

“I got stuck in a mirror. There weren’t even any mirrors there. Needless to say, I’m voting Hillary now,” Win remarked.

Andy Stannish of Politico reports that this problem has been the main hurdle for the Sanders campaign. “His early wins and momentum were based on his message of tearing down the billionaire elite and corporations that run this country. But as the election has gone on, his radical ideas seem more like impractical delusions to students who are high on acid.”

Paul Hertz ‘19, a member of the Yale College Democrats, commented, “I started cheering when he said that he would ‘wage a moral and political war against the billionaires.’ But when he didn’t provide any concrete steps, I went back to riding my unicorn, Charlemagne.”

Another student, who asked to be kept anonymous, expressed similar concerns. “I love when he says things like ‘Washington is dominated by big money’ but it’s hard to seriously believe his fiery rhetoric with a fire-breathing, miniature Prince floating over his right shoulder.”

Multiple reports confirmed that when Bernie moves beyond rhetoric and explains how he would actually fix the ‘rigged’ economy, students on acid react similarly. “I saw an alligator made out of neon clouds eat the moon, and then a magenta bush next to me sighed and said ‘socialism,’ And that’s when I realized that Bernie’s just too impractical a candidate,” Hertz explained.

In related New Haven news, at a private campaign event for Republican candidate Donald Trump, police arrested over 500 people for being under the influence of bath salts. When asked for comment, numerous supporters repeated, “He’s a businessman and can get things done!”