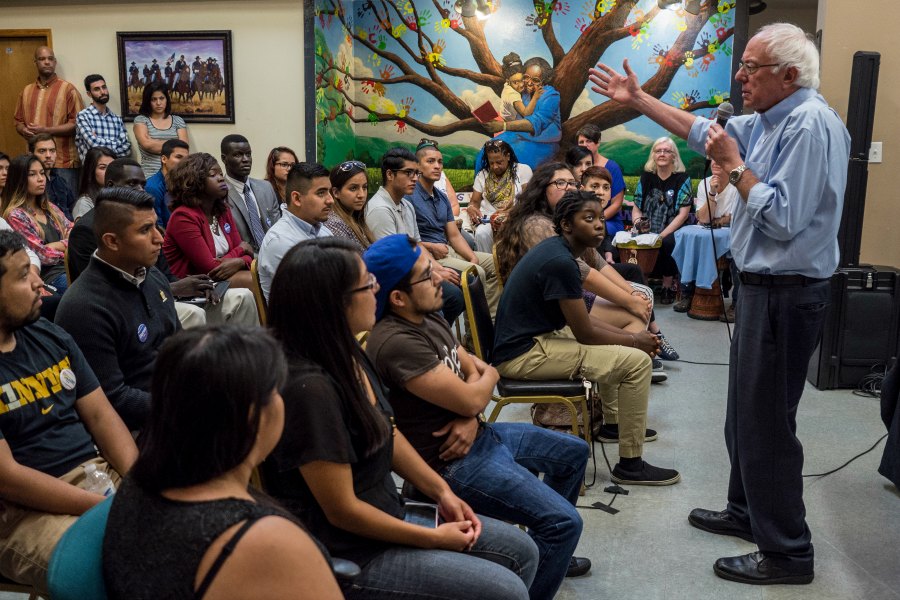 On the eve of Connecticut’s primary election, Senator Bernie Sanders announced that, if elected president, he plans to break up Wall Street Pizza. He described the thin-crust, Neapolitan style pizzeria and restaurant as “too big to fail, and therefore too big to exist.”

Despite the intensity of Sanders’ proclamations, he appeared slightly flummoxed when pressed by a Yale Daily News reporter as to which law, exactly, Wall Street Pizza had broken.

“Do I have them in front of me, now, legal statutes? No, I don’t. But look, if they could go after the burrito carts on York last year, then I think we can do that,” he said, raising his arms slightly above his shoulders. “Let me be very clear about this. All right? I do believe that, to a significant degree, the business model of Wall Street Pizza is fraud.”

Fellow Democratic hopeful Hillary Clinton was quick to criticize Sanders’ announcement. “Not one prominent economist agrees with my opponent that Wall Street Pizza had anything to do with the financial crisis. Besides, my plan goes much further than Senator Sanders’, because it also regulates ‘shadow-pizzerias,’ like Subway. If elected, my FDA will investigate the mystery of their ‘personal pizzas’ once and for all,” she said.

Sanders campaign manager Tad Devine countered that Hillary had received free slices from Wall Street Pizza on three occasions at $2.25 each, which, according to calculations by UMass Amherst economist Gerald Friedman, amounts to $6.75 in total. Sanders himself said that, in light of these revelations, Clinton is “not qualified” to be president.

As of press time, Wall Street Pizza owner Tony Prifitera had issued a counterstatement, denying that his restaurant’s products were “cooked up” with any “special sauce” and noting that the eatery had already returned to taxpayers the entire $1.7 billion in TARP emergency bailout funds that it received in 2008.