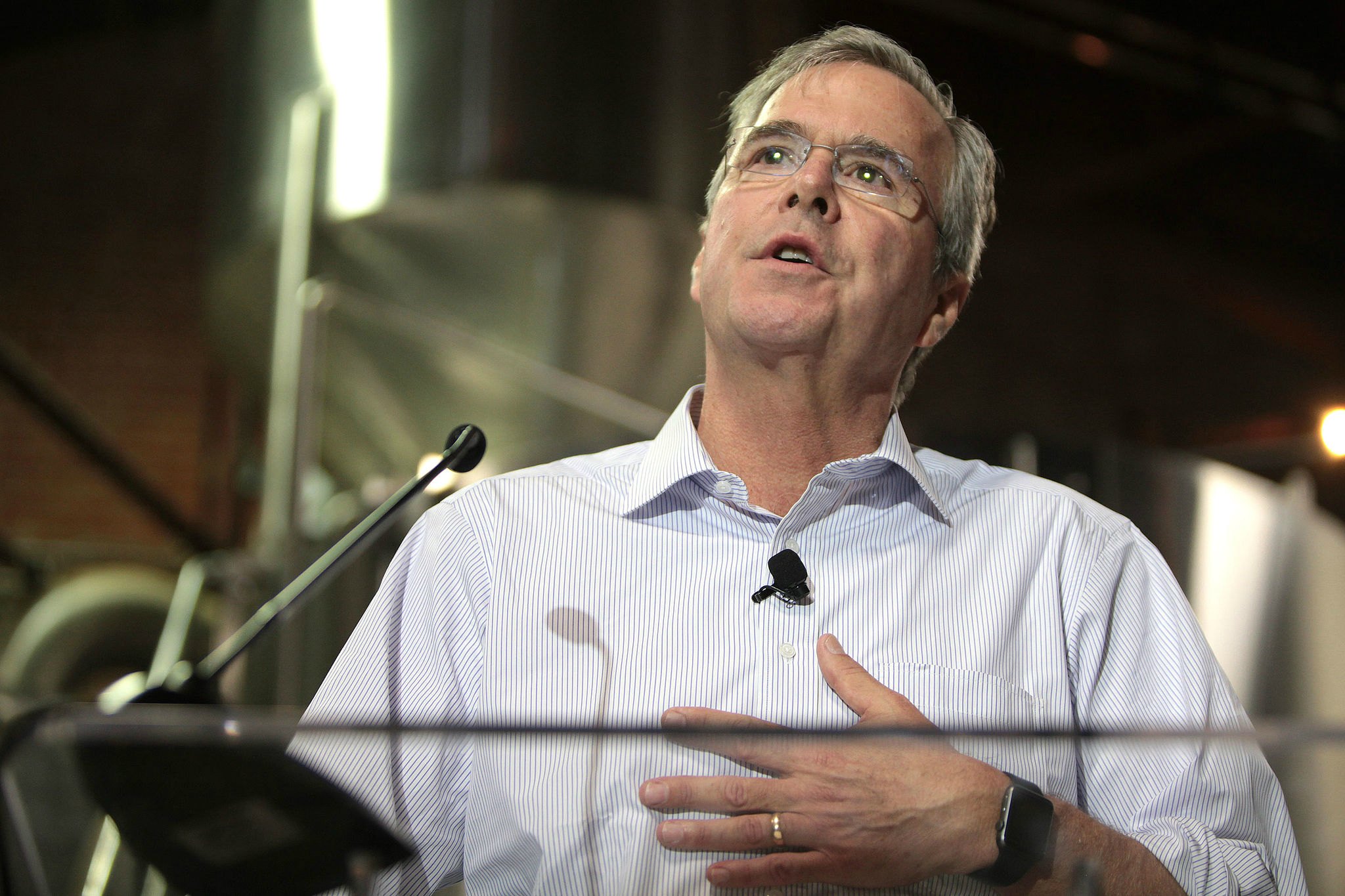 With Ben Carson and Donald Drumpf pulling ahead in the Republican polls, Jeb Bush’s campaign seems to be lagging in the dust. Bush advisors have been working hard to come up with a new strategy, and now they think they’ve found it: more exclamation points.

As Senior Strategist David Kochel explained, “We needed something to excite Americans – and we all know nothing excites Americans like an exclamation point. Just think of how much more obese America would be if McDonald’s caught the trend and made their slogan ‘I’m Lovin’ It!’” In mid-October, the campaign’s slogan shifted to “Jeb!!” but has already moved on to “Jeb!!!” A campaign insider leaked that by the end of the month, the Bush campaign plans to be at “Jeb!!!!!!!!!!!”

But Danny Diaz, Bush’s campaign manager, also revealed that the American demographic the new strategy hopes to target most is Jeb Bush himself. “He was getting pretty down about this whole thing,” Diaz said. “We needed to get him pumped up.”

In a private interview, Bush’s psychiatrist Dr. Ruth Gabrin commented, “There’s actually a correlation between number of exclamation points next to one’s name, and number of smiles per day.” Dr. Gabrin also remarked that the “phallic imagery of the exclamation point can really boost one’s machismo.”

Dr. Gabrin further explained that the origin of this psychiatric method can be traced all the way back to 19th century American imperialism, “when Americans became cocky bastards.” The idea is to boost one’s ego so much that he or she feels invincible.

Kochel was in full support of this tactic. “What Americans like to see in their future president is false confidence that they can achieve absolutely anything. Vote Bush 2016!!!!!!!!!!!!!!!!!!!!!!”