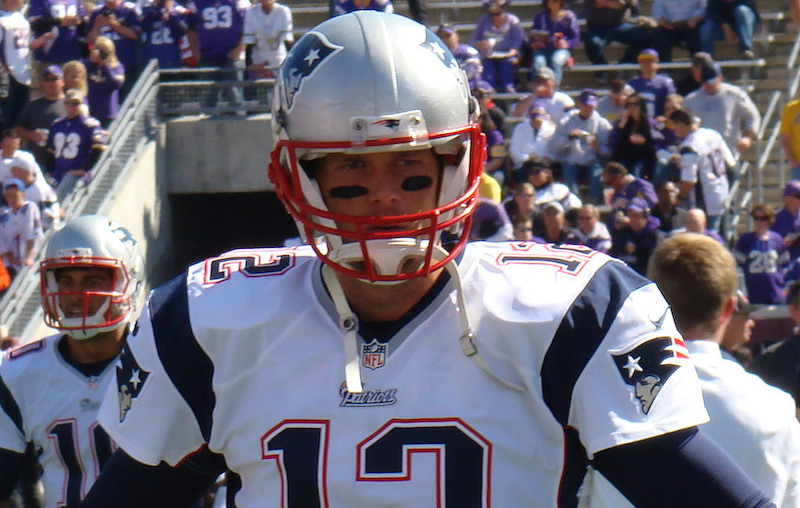 One day before the big game.

He came without fanfare, announcement, or hype,

But we welcomed him all of the same.

He pulled up near Stiles, got out of his car,

And walked towards the gate by the gym.

A few people looked, as he moved toward the door,

Which we opened and beckoned him in.

The staff turned their heads and stood up with a start

When his figure appeared in the hall.

They dropped their computers and ran ‘cross the room

Until Tom was surrounded by all.

“Don’t film this,” he begged, “I should be at Gillette.

And I don’t want the post to go viral.”

He took off his backpack and pulled out a ball,

And we all practiced throwing a spiral.

Tom sat on the couch and he stayed for a while,

Telling stories well into the night.

We asked him to give us a piece for the issue,

Which he finally decided to write.

Then the sun started rising, and Tom had to go.

He stood up from his seat with a yawn.

“Kansas City awaits,” he proclaimed with a grin,

And he exited into the dawn.

At 6:40 tomorrow he’s taking the field

And we’ll watch the big game on TV.

But we’ll never forget when Tom Brady was here

And he stopped by to greet you and me.