This article originally appeared in the 24 Hour Issue.

From a very young age, I tried to teach my child tricks: sit, stand, roll over, etc. Yet for months, my baby couldn’t sit for shit, or shit for shit for that matter (diapers don’t grow on trees, kid!). By week twelve, I was tired of the same old routine: Jerry, my baby, crying as I shrieked at him to heel.

What frustrated me most, however, was Jerry’s inability to grasp the simple idea of “playing dead.” No matter how long I laid on top of him to show him how it’s done, he wouldn’t stay still for more than a couple of hours, inevitably screeching out of hunger. Though young Jerry knew the only way to receive his treat was to complete his trick, he couldn’t seem to escape his cycle of failure.

As the weeks went on, Jerry thinned, but it was important to me that my husband and I did not give in. My husband protested, but as I had allowed him to name our child Jerry after his late and insufferable grandfather who died in The War (Iraq), he agreed to compromise. If you’re keeping track, Jerry (the baby)’s BMI is now 18, which is dangerously low (even for a baby!).

Finally, though, it seems my training has bore fruit. On the morning of January 3rd, I told Jerry to play dead and he immediately fell quiet and cold. It was an extremely convincing performance that completely justified my withholding of food.

Yet I soon learned that I had accidentally taught Jerry a new, more insidious trick: how to spite me. He refuses to stop playing dead. First, he made his body very stiff, which pissed me off. Than, to really grind my gears, Jerry ballooned his stomach, releasing some putrid gases. How rude! I googled this, and I have learned that Jerry was impersonating “rigor mortis”: the first stage of death. When I read this, I realized just how much I had underestimated my talented son. His newfound knack for method acting has completely vindicated my parenting and inspired me to file for divorce from my husband. I am confident I will win our impending custody battle. 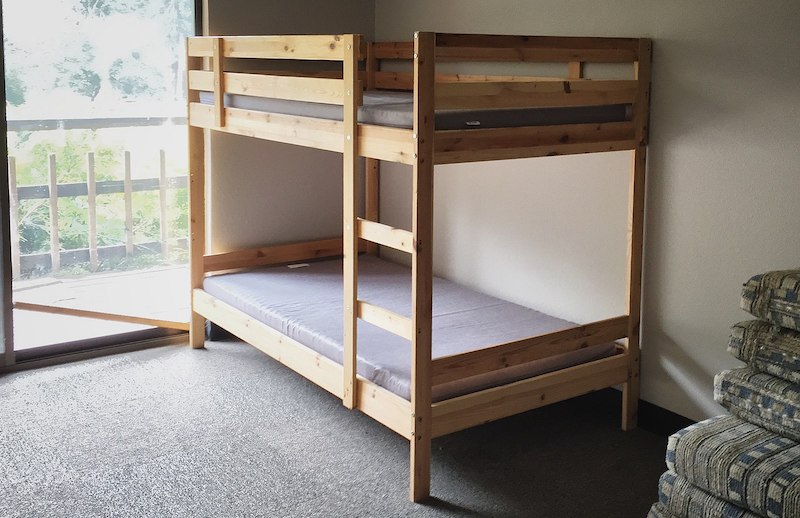 Hey Man, What If We Bunk the Beds?