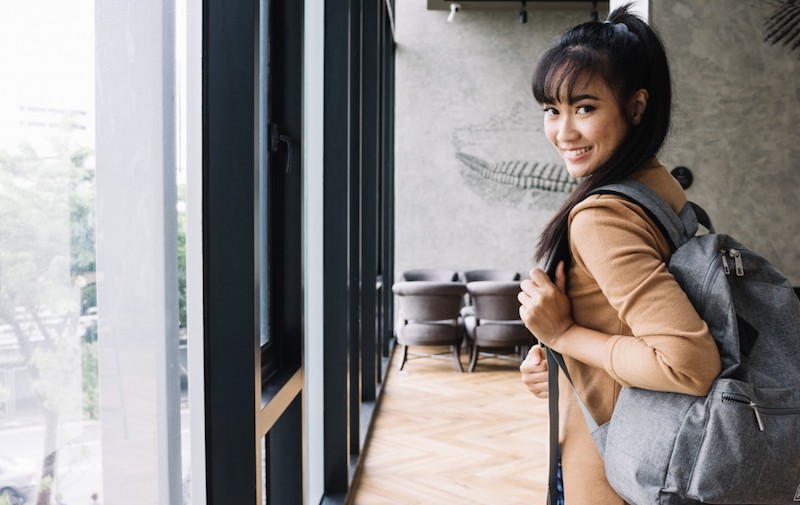 NEW HAVEN, CT — Departing from decades’ worth of sociological paradigms, first-year Caroline Wu, TC ‘22, announced to her suitemates Tuesday that she both loves to go out and loves to stay in.

“I actually really like getting lit at SigNu or LEO on a Friday night, but sometimes I just want a quiet night in with a few friends and some Netflix!” said Wu, unwittingly shattering a binary that has governed Yale social life since the university’s inception. “I know it sounds crazy, but I really do enjoy multiple kinds of activity.”

“I’ve never met anyone as nuanced as Caroline,” reported suitemate Tanisha Williams. “Personally, I can’t imagine doing anything on a Friday night besides reading Jane Austen in my jammies and listening to Bright Eyes. I would only consider drinking if my two close friends pressured me into trying some kind of Vinyasa and Vino yoga situation with them. So for Caroline to enjoy both partying and relaxing in her suite honestly blows my fucking mind.”

Williams’ and Wu’s other suitemate, Allison Bornetti, could not be reached for comment, as she lives in the Zeta basement and only surfaces on the third Monday of each month to stock up on Four Loko and molly.

According to Wu, she developed her radically intersectional identity over the course of a unique childhood in Fairfield, Connecticut, where, unlike most teenagers, she experienced both “lit house parties” and “chill girls’ nights” in equal measure. In Fairfield, Wu also developed an uncommon reputation as both a “guy’s girl” and a “gal for life,” equipping her to bridge the gender divide at Yale as a future social chair of Kappa Alpha Theta.

Several students confirmed that Wu consistently refers to herself as an “ambivert” and has both her Meyers-Briggs personality type and her zodiac sign in her Instagram bio. At press time, Wu was torn between majoring in Global Affairs and Economics, yet again caught in the throes of being at once “such a left brain” and “SUCH a right brain.”