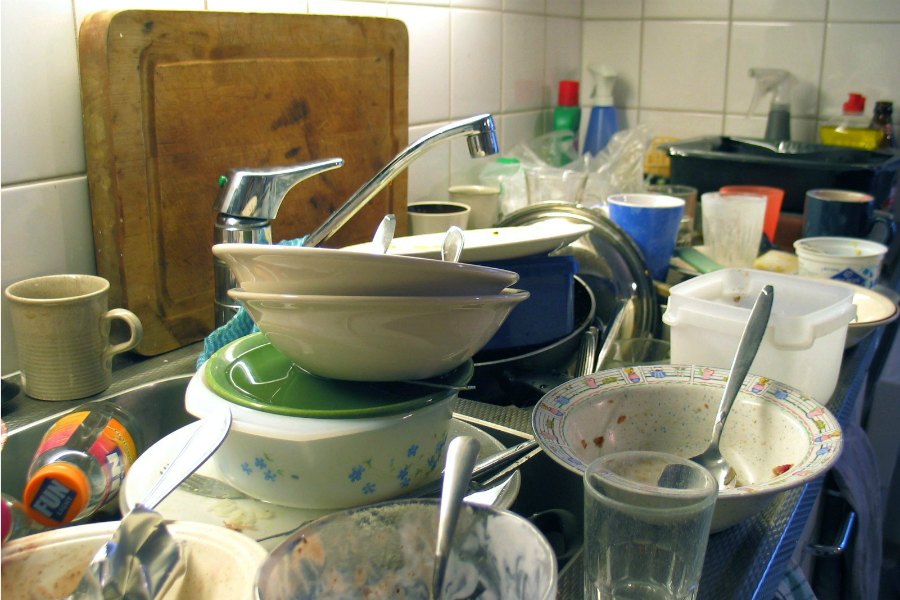 After months of contention, a group of off-campus Yale students residing at 144 Dwight Street has formed a Committee to Establish Principles on Doing the Fucking Dishes, according to reports.

“Basically, we needed to establish a list of criteria to see whether forcing Jason to get off his ass and do the dishes was appropriate, “ said junior Christopher Schulz. “In the past, we’d been using only ad hoc solutions, and clearly some form of order was needed.”

Schulz is also part of the ongoing “Change the Sponge” movement, which believes the current sponge, purchased by a member of the class of ‘14, is contributing to a toxic environment in the home and needs to be replaced.

The committee’s report, which will be released to Jason Abellard ‘18 and others via GroupMe, is set to outline principles like “did the user of the plate, at the time of its use, refuse to wash it for reasons like being a lazy douche?” and “How is ‘finals’ an excuse to not do the goddamn dishes? We all have to deal with them, so just suck it up.”

Another topic of contention in recent weeks has been how thoroughly washed the ceramic plates and bowls are, a discussion that frequently leads to arguments over competing definitions of whiteness.

“Come oooooon,” Abellard has reportedly whined in the past. “It’s basically clean! So excuse me if it’s not fucking sparkling, I have a life to live.”

The committee has already received a broad spectrum of opinions, ranging from “Dude, I don’t even use the bowls, that must have been Lars [Lindberg ‘18]” to “Come on, man, I always take out the trash,” to Lindberg insisting that he shouldn’t have to do any dish washing, since he was the one who stole everything from the Pierson Dining Hall in the first place.

Regardless of the committee’s conclusions, it surely has come due time to have an open conversation. Yet despite the possibility of a momentous change at 144 Dwight, Abellard was unperturbed. “Knowing this bunch, even if they do issue a report, it’ll still take them at least six months to get their shit together and act on it,” he said. “I’m not holding my breath.”