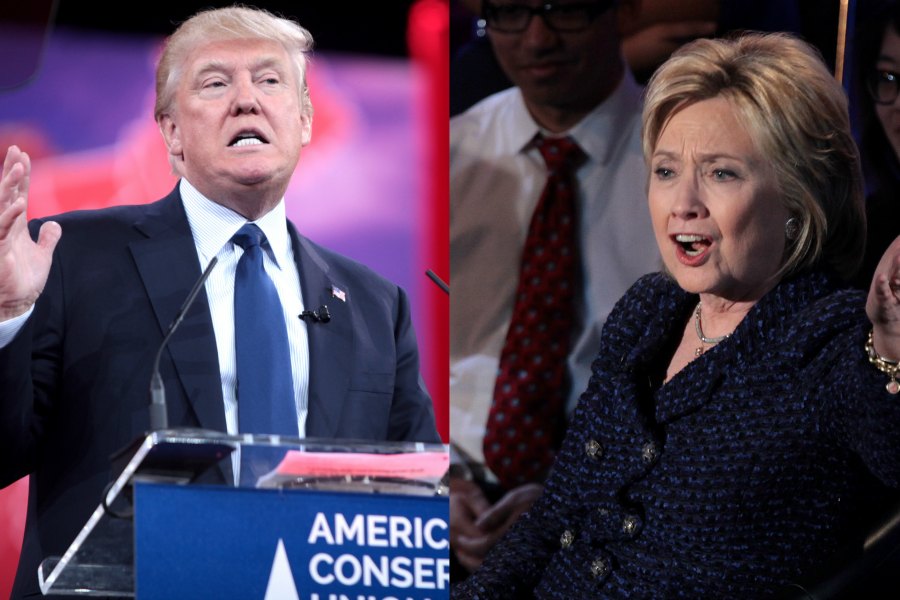 In an unprecedented compromise, Hillary Clinton and Donald Trump agreed Monday night to serve as co-presidents of the United States. The shocking announcement came in the final hours of a well-fought general election campaign, in which both candidates worked really super hard and deserve it.

“This is really a slam dunk for us,” reported Trump campaign manager Kellyanne Conway. “Donald will be in the Oval Office on Mondays, Wednesdays and Fridays, leaving Tuesdays and Thursdays totally open to film The Apprentice, mutter, or just snuggle up with Melania in the Lincoln Bedroom on a rainy day.” Both presidents will have weekends off for some well-deserved recuperation, with Gary Johnson taking the helm on Saturday. Sunday will be a day of pagan worship organized by Jill Stein. Evan McMullin will reportedly be given access to the White House bowling alley.

“We’re going to mark this as a ‘W’ in our books,” announced Clinton campaign manager Robby Mook on the eve of Election Day. “Sure, Donald may have some dangerous policies. And of course we’re going to be worried about him on Mondays, Wednesdays, and Fridays. But at the end of the day, this campaign wasn’t really about policies. It was about getting Hillary into the White House again, and that’s what we ensured here today.”

Constitutional historians have already begun to question the legitimacy of the move. However, a close reading of our nation’s founding document reveals that there is no cap on the number of presidents that can serve simultaneously, probably.

“At first I was pretty grumpy about just being a silly little Co-Vice-President,” Tim Kaine said. “But then Mikey treated me to a frothy, cold one and I thought, maybe this won’t be so bad. A guy can never have enough pals. Plus now Evan and I will have another bowling buddy!”

“Are you talking about the fellow with the toe-looking head? Yeah, I bought him a beer. Weird guy,” reported Pence.

Due to budget constraints, Melania, Donald, Hillary and Bill will all have to share a single queen-size bed in the master bedroom. Fortunately, Bill has assured all parties that the bed can fit “5, at least. Trust me on this one.”