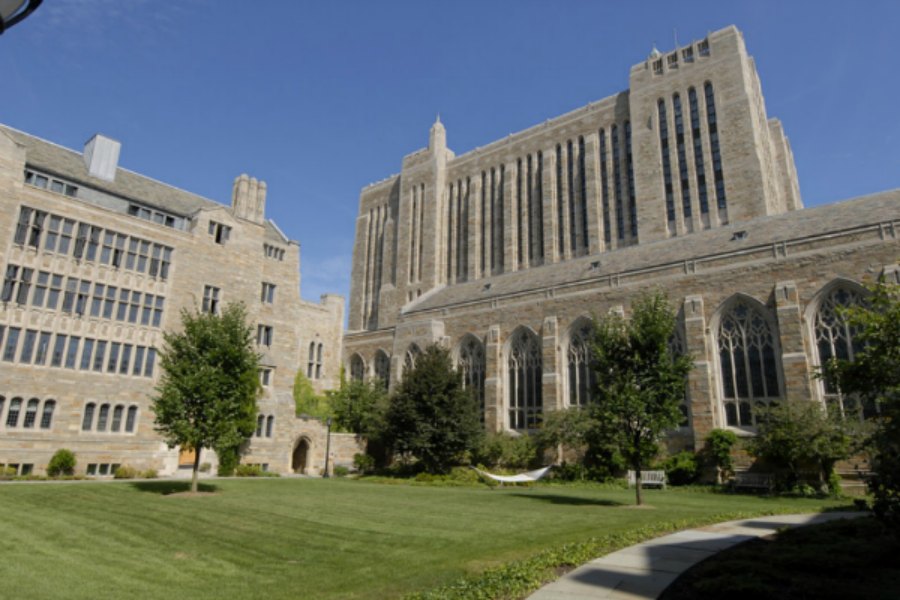 NEW HAVEN — DXD440, Yale University’s animatronic puppet better known as ‘President Salovey’, broke down this morning while shaking hands with a student at a freshman event. As sparks issued forth from DXD440’s titanium elbow, the quasi-President stuttered, “Yale is committed to ensuring a comfortable enviro-o-o-o-”. He then, to the screams of nearby freshmen, collapsed completely as his spine gave out and could no longer support his august, metallic body. In the process, DXD440 crushed freshmen #2013 and #4335, whose deaths were later ruled to have been ‘an unfortunate accident’.

Witnesses reported that Dean of Yale College Jonathan Holloway, standing nearby with the remote control in case of such an emergency, quickly placed a call to the Bangalore, India-based support contractor of Dr0idMicro, the Mauritius-based firm that built DXD440 as well as the experimental DXD200-RickPerry. Holloway was connected to a man identifying himself as ‘Bob Johnson the American,’ who counseled that the President be temporarily turned off and switched on again, or, alternately, that a new model be purchased.

A representative from Dr0idMicro suggested that his firm wasn’t responsible for maintenance, which has been “insourced synergistically to more fertile territories”. The representative then apologized for the oil spilling out of his arm and retreated into his sleep-hole.

According to its warranty, the DXD4xx-Salovey product line has been known to experience mechanical issues even in supposedly safe spaces.