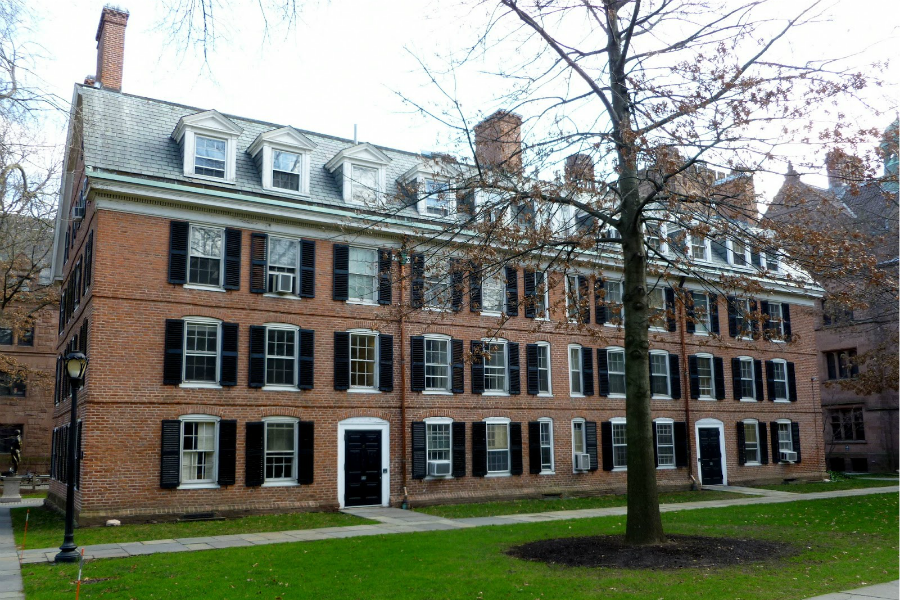 NEW HAVEN, CT—Samuel Nipson ‘19 had nearly completed his freshman year at Yale University when it was discovered that his admission was actually the result of a clerical error, the Yale Office of Undergraduate Admissions reported Tuesday.

“This was a rather rare case,” noted Dean of Undergraduate Admissions Jeremiah Quinlan. “Yale University typically maintains a 6.3% acceptance rate, a 71.7% yield rate, and a 99.97% accuracy rate. We really dropped the ball on this one.” Quinlan later explained that the 99.97% was due to their 2007 admission of a very realistic Vineyard Vines mannequin.

“It was certainly a disappointment, but I wouldn’t necessarily call it a surprise,” Nipson told reporters while packing up his tenth grade science fair board and the stuffed elephant that was the subject of his charming, relatable Common App essay. “I always had this lingering feeling that I wasn’t smart enough to be here and that I was admitted by mistake. Turns out I was right.” Nipson was given seventy-two hours to vacate his residence on Old Campus and remove all traces of his former occupancy.

“It’s common for incoming freshmen to experience impostor syndrome,” explained Tiffany Liu ’16, Nipson’s freshman counselor and a Molecular, Cellular and Developmental Biology and Ethics, Politics and Economics double major. “Part of my job as a FroCo is to remind students that they are special. I had a hard time conveying this to Sam, though, probably because I was never quite convinced myself.”

Nipson described his freshman experience as “a bit rocky,” possibly referring to his rejection from four improv groups and six a cappella groups, including the B-Flats, Yale’s premier a cappella group for non-singers. His admission file noted that he had solid grades, decent extra-curriculars, and existent yet unremarkable achievements in piano and soccer. However, due to a filing cabinet malfunction, his application was mistakenly placed in the “large parental donation” category and then immediately accepted.

“Sam always knew how to cheer me up,” said Joseph Siegel ‘19, Nipson’s roommate who now gets a double all to himself. “He used to say, ‘Don’t get so down on yourself, Joey. Sometimes I feel like I was admitted here by mistake.’ I guess I always just assumed that was a metaphor or something.”

The admissions office first took notice of Nipson after a teaching assistant reported a particularly sub-par comment Nipson made during a discussion section. “We were debating the significance of Plato’s ‘Allegory of the Cave’ in a modern political context, and Sam made a comment that indicated little more than a surface-level understanding of the text,” remarked Marketa Strelnikova, who led Nipson’s discussion section for Introduction to Philosophy. “That really colored everyone’s perception of Sam throughout the semester, both as a student and as an individual.”

“This whole thing has definitely been a challenge, but my overall outlook is positive,” Nipson said in an interview with Yale Daily News reporter, accomplished classical pianist, and non-profit founder Jessica Ferris ‘18. “Now I can finally take some time to relax and be myself without worrying that I’m wasting opportunities or not living up to my full potential.”

Nipson plans to enroll in the state school he always expected he’d go to and take up some new hobbies, like woodworking, playing League of Legends, and not constantly wallowing in self-hatred.