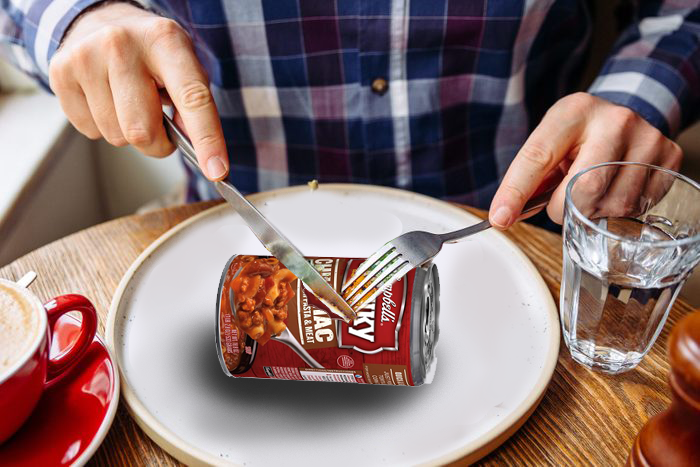 Eating: we all love to do it. There are so many delicious foods out there, but the problem is, people aren’t eating them correctly! And that’s nothing to be ashamed of, hell, I was there once too. Read on to find some common foods that YOU are probably eating wrong.

Anything From An Easy Bake Oven — This one is actually quite simple, but so many children and adults around the globe have been doing it wrong. The fact of the matter is, people have been eating these “treats”. That’s the first mistake. Don’t eat them.

Goldfish —  People get this wrong all the time, but it’s a simple fix. What you’re gonna wanna do first is start nibbling away at the tail. Once there’s nothing left, drop your little friend back into the bag. Repeat until all fish have been stripped of their rear ends.They can’t swim away if they have no tails.

Jolly Ranchers — There’s nothing jolly about sucking on these artificially flavored rocks for hours on end. Sucking’s for suckers. Biting’s for winners. Here’s your solution: “borrow” a sledgehammer from your local construction crew — it’s the only thing that packs enough punch to put a dent in these shatterproof sugar cylinders. Smash until the jolly ranchers are at a chewable size or until the construction crew barges in after realizing that their prized sledgehammer was nabbed by some dweeb with weak teeth.

Jelly Donut — This one tends to get messy, but in this case, messy is good! First, buy a whole dozen jelly donuts and scoop out the insides of each one. Put the jelly aside and eat the jelly-less donuts. Now your little snack has no filling, but never fear! Pick up your pile of jelly, locate that bitch Ashley who KISSED MY BOYFRIEND AT THE SIG CHI PARTY and chuck the jelly at her. Ideal spots to aim include the face. Just the face. Take that, ASHLEY.

Note: eating the jelly-less donut is an optional step.

Corn on the Cob — Have you ever seen yourself eat an ear of corn? Try it in front of a mirror — you look like an animal. That’s why this method of eating corn is a serious game changer. You’ll need tweezers and a magnifying glass. under the magnifying glass, start carefully tweezing out each individual piece of corn. At the end, you’ll be left with a gloriously naked cob. Mess eliminated. Naked cob acquired. You’re welcome. You can eat the leftover corn bits if you want, but again, that’s not really the point.