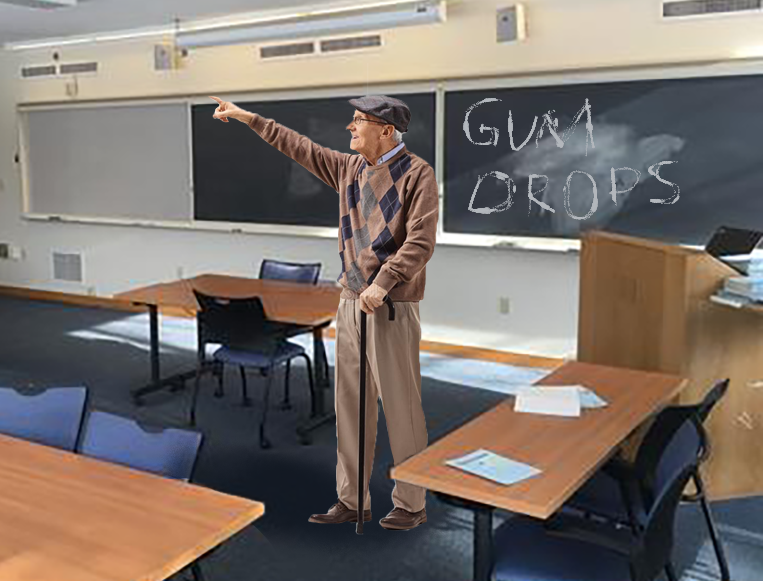 NEW HAVEN, CT—When I was younger, my mom once said to me, “You should listen to old people more. They have a lot of knowledge, you know.” At the time, I assumed she was just spouting oldie propaganda. But I think I just realized how right she actually was.

Lately, there’s this old man I’ve been listening to a lot. I first met him right as I was leaving the Watson Center and he was entering an empty classroom. I turned around and walked over to ask if he was lost, but he seemed to be having so much fun playing with the projector settings that I just left him alone. But then, two days later, he went into that exact same classroom again! This time, I decided to stick around and investigate.

Before I knew it, there were dozens of students sitting all around me! Then the old man bravely walked to the front of the classroom and started speaking. He was a bit quiet and he used a lot of old-timey slang I didn’t know, so it was kind of hard to understand. But the enthusiasm he had for sharing his knowledge with the youth? The attentive faces of the young Yale students who were taking time out of their day to listen to the wisdom of this aged senior? I realized in that moment just how much the elderly can contribute to us if we only listen to them.

And it only gets better. Turns out, this is a regular thing. Every Tuesday and Thursday from 1:00-2:15, this octogenarian just talks about his years and years of valuable life experience. It’s so, so sweet that this wrinkly old man wants to pass down his wisdom to the next generation, and I feel a sort of comradery with the other Yale students in the “club” that together regularly listen to this living fragment of history. Honestly, I still have no clue what he’s even talking about most of the time. But just to be there and keep encouraging him to do what he’s doing is enough motivation for me.

Ultimately, I hope that more people will decide to do this. So I say to old people: Yale has so many empty classrooms. Feel free to just walk into one and tell your story to any who will listen. And Yale students: keep an eye open for any of your elders who decide to do just that. You have a lot to learn.