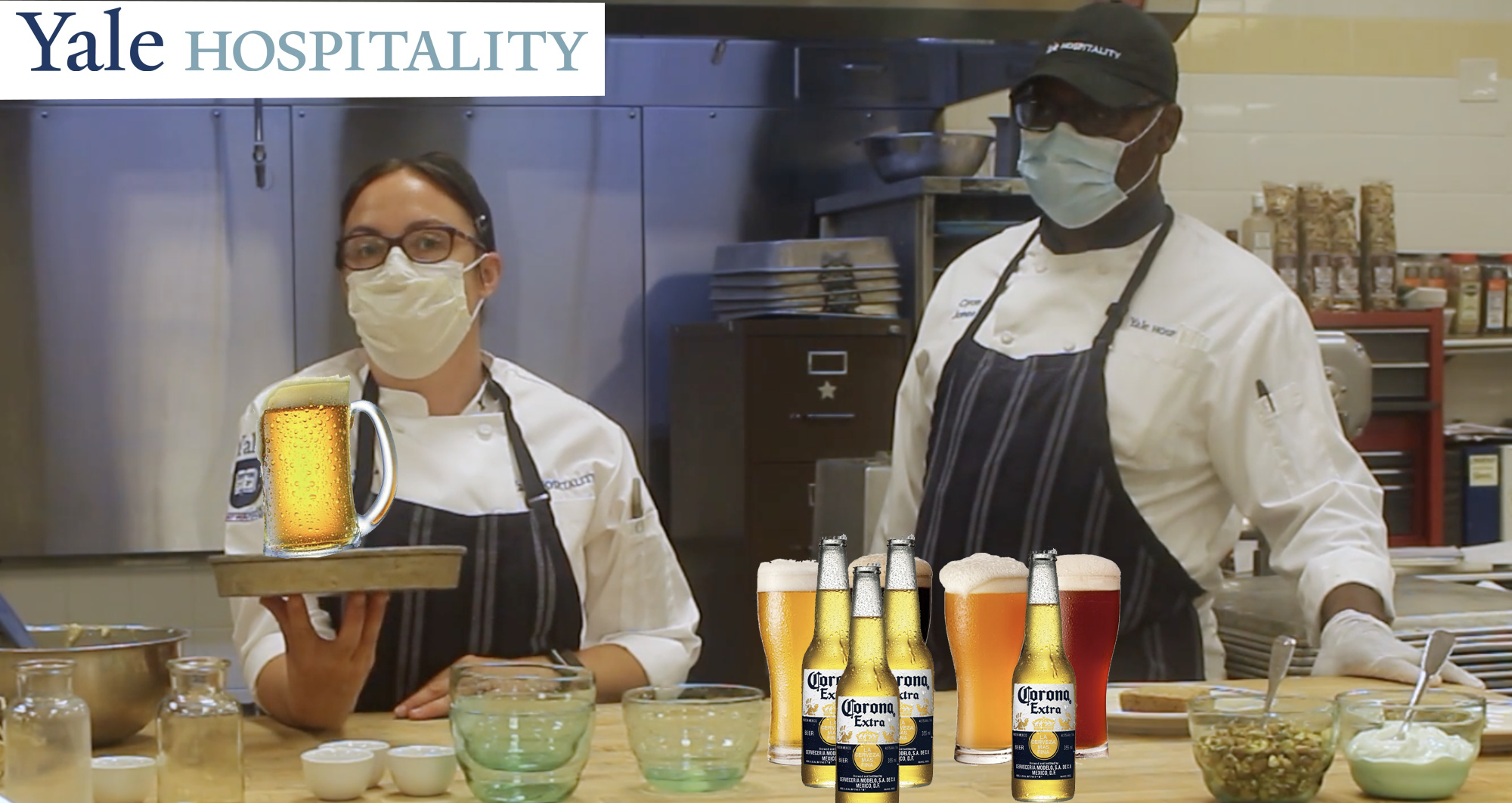 NEW HAVEN, CT — Following the cult-like success of Citrus Week and the outcry following the cancellation of Olive Oil week, Yale Dining has unveiled their latest culinary event, set to be a bigger crowd pleaser than the brownie pudding and coconut macaroons combined: Beer Week.

Taking a note from Yale’s esteemed fraternities (who have been hosting similar beer weeks since their inception), Yale Hospitality staff will now offer kegs, beer pong, funnels, and more at every residential college dining hall. The dining halls will serve a variety of beers to accommodate every student’s needs: from cans of Bud Light to Yale Hospitality’s own home-brewed Bulldog-Beer™ on tap.

The response on campus has been electric, but not everyone at Yale feels the same. Said one Yale Health nurse, “Beer what? Those little goblins on Old Campus don’t need any more excuses to damage their livers. I know Yale doesn’t care about student’s mental health, but they should at least pay attention to organ health!”

Fun and wholesome college games will be offered throughout Beer Week, including Yale’s spin on the classic drinking game of Quarters. Instead of peasantly 25¢ coins being used, solid 24-karat gold tokens will be in play, each worth the total financial aid package of 3 FGLI students—and in honor of the new tradition, Handsome Dan’s water bowl will be replaced with mini specially-manufactured kegs of Miller Lite.

There will even be an intramural keg-standing event co-sponsored by The Yale College Dean’s Office, with “Marvy Marv and the Funky Bunch” (the time-honored nickname of the YCDO administration) competing as a joint team. The Funky Bunch has been seen practicing for the event the past few days late into the night in Marvy’s “killer man cave.”

“Beer week is going to be awesome, like if Camp Yale and The Game grinded on each other at WOADs,” said Nathan Kingston (’24). “I can’t wait to absolutely smash the shit out of my residential college dean in beer pong!”

At press time, Yale Dining issued reminders that consumption of alcohol is illegal for those under the age of twenty-one in Connecticut. “We’re operating on the honor system here, but we at Yale Dining trust our underage students to make the right choice. Now let’s get fucked up.”