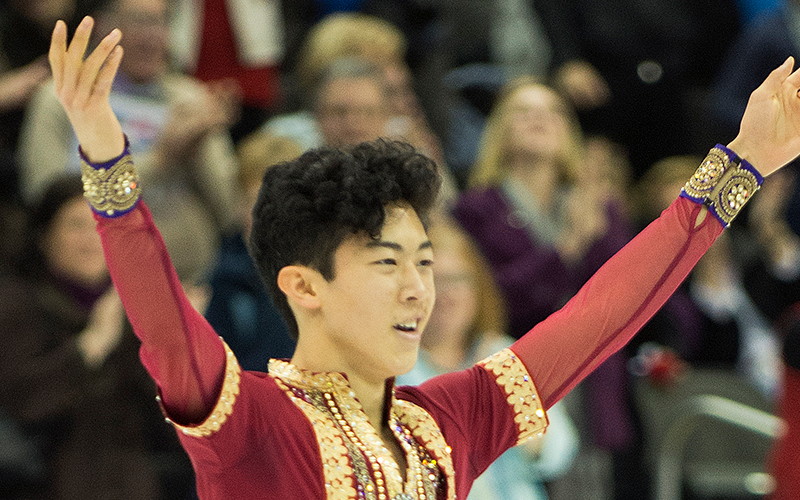 In the 2018 Winter Olympics, he made history as the first Olympic ice skater to land six quadruple jumps. Just months later, he was admitted to Yale’s Class of 2022. What more could be next for Nathan Chen? When asked what he’s been up to since South Korea, the future Bulldog reported, “One word, motherfuckers: Spikeball.”

That’s right. Nathan Chen has traded in his blades for a bouncy ball in hopes of bringing Jonathan Edwards to Spikeball glory in the 2019 First-Year Olympics. First Pyeongchang, now Old Campus? There seems to be no limit to what this epic athlete can do!

“Landing the six quads was cool, but I just can’t describe the rush I get during training when I plummet that little ball toward the net.” Chen gazed into the distance, swatting his arms in the air. “I can only dream of doing that on a public lawn with 8% of the first-year class watching. I’m ready for this next chapter.” We’re ready, too, Nate.

Of course, like any professional athlete, Chen’s training hasn’t come without its setbacks. “Sure, I have haters. You get the ignorant people that call Spikeball ‘a mix of four square and volleyball.’ Yeah, like it’s that simple. I try to ignore them. Currently I’m focusing on hitting six consecutive bounces, but I haven’t aced it in competition yet. Hopefully I’ll have it by April’s Olympic games.”