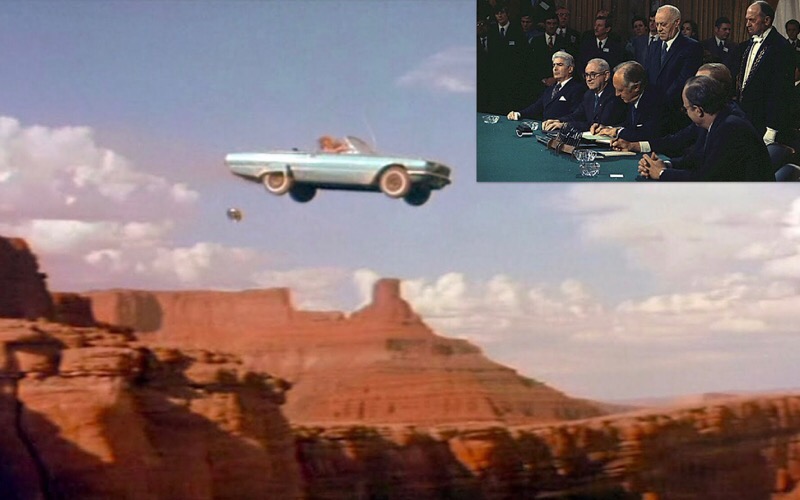 Man, did I take spring break for granted. Coming back to Yale after two weeks away hit me like a sack of Comparative Economics textbooks, and not in the good way. But despite my subpar performance on every one of my midterms, at least I didn’t drive off a cliff in a car containing the original Paris Peace Accords and also my brother Stanley, like my brother Stanley did last Wednesday.

Don’t get me wrong: this was by no means a normal occurrence. As far as brothers go, Stanley is pretty above average. He looks after my cat sometimes, he stuck up to bullies for me in school, and he generally steers clear of the diplomatic accords essential to preserving the tenuous peace between the United States and Vietnam. But nobody’s perfect, I guess.

I just don’t get what possessed him to make such an ill-informed move. We were thankfully able to pull Stanley from the wreckage, but the same can hardly be said about the Paris Peace Accords. I wonder if he considered the international political ramifications of his actions before he went careening off the edge of Chesterfield’s Peak in his 2013 Hyundai Elantra with the aged, venerable pages of the greatest treaty ever to go unratified by the Senate scattered across the back seat. I also wonder about recycling bins. Can they get recycled too?

I have to go now because Stanley’s planning his escape from the CIA in my basement. Stanley may not be much of a people person, but he’s still my brother, and he’s both a people and a person. Also, he’s got ideas about the Treaty of Versailles, so I should get on that.