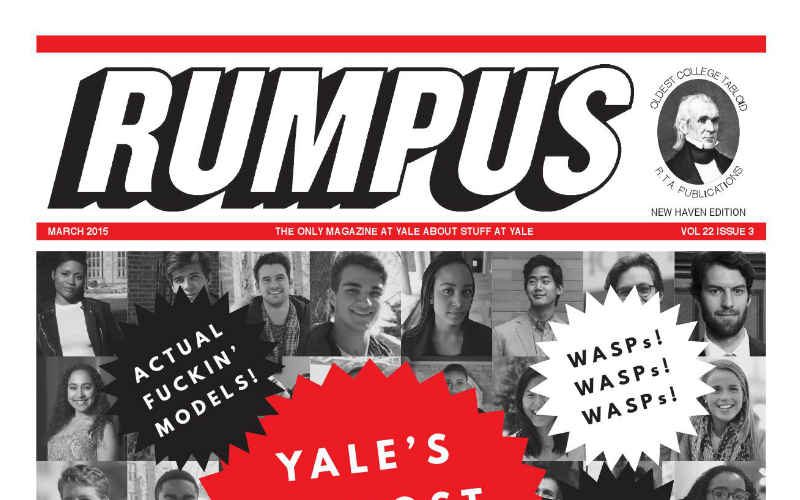 NEW HAVEN — After the Yale Rumpus released its annual “50 Most” issue Wednesday, 5,403 Yale undergraduates announced that they “wouldn’t have wanted to be in ’50 Most’ anyway,” highlighting the Rumpus’ astounding luck in selecting the 0.916926% of students willing to appear in the magazine.

As Matthew Dawner BK ’18 explained, “’50 Most’ promotes arbitrary standards of beauty and popularity that I could never endorse, even if I had been asked to participate. Which, admittedly, I wasn’t. I still don’t completely understand why I wasn’t. But that’s beside the point. It just kind of doesn’t make sense, right? I mean, look at my cheekbones. That’s irrelevant, though. But seriously, look at my cheekbones.”

5,402 students expressed similar sentiments. Jordan Stone TD ’19 said she chose to abstain from the issue “in protest of the 0.92%.”

Editor in Chief Jenna Selati was reluctant to describe as “lucky” the Rumpus staff’s success in finding the only 50 people at Yale who actually wanted to be interviewed, saying it would “unfairly diminish the accomplishments of those who work tirelessly in pursuit of something greater than themselves: a culturally important publication like the Rumpus.”

Even more astonishingly, the only 50 people willing to be chosen as the campus’s most beautiful students all happen to be extremely beautiful, another fortunate break for the struggling magazine.