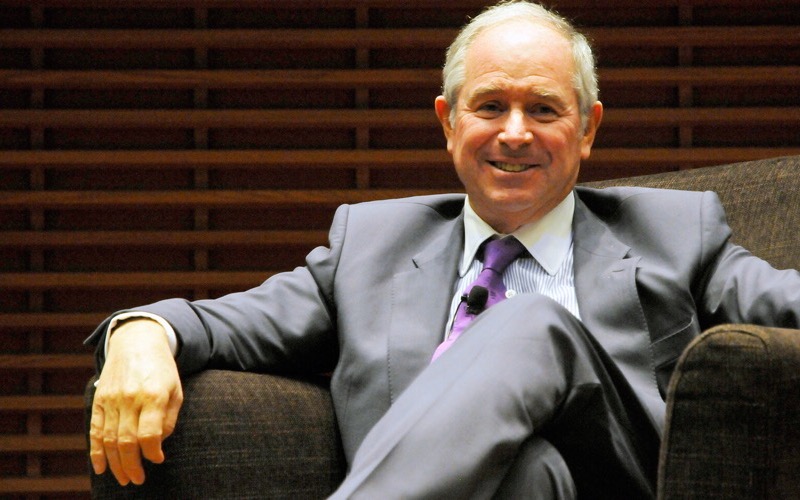 I was pretty happy with life as Daryl. I lived in Frisco, Texas, and three or four times a year I went to watch the minor league baseball team, the Frisco Roughriders. My favorite food was hot dogs with A1 sauce on them and my favorite time to eat them was in the morning. I could consistently stand on my hands for more than 35 seconds, and one time I even hit a minute and a half. Yeah, life as Daryl was pretty good.

But then a rich man named Mr. Stephen gave my parents $150 million so they would rename me Boy Schwarzman, and, well, that’s where we are today.

First of all, I want to say that I don’t blame my parents for taking Mr. Stephen’s money. More than anything, I am merely confused as to why he was willing to pay so much just to change the name of an average boy like me. My family did not advertise that we were accepting bids to change my name, nor did we reach out to Mr. Stephen about any other venture. In fact, we had absolutely no contact with Mr. Stephen until he showed up at our door, check in hand.

I should also make it clear that Mr. Stephen says that the main reason he’s donating $150 million to my parents isn’t just to change my name. It is really to fix me up and turn me into the dynamic, state-of-the-art boy that I have the potential to be. That sounds real nice, but I am a little concerned that Mr. Stephen might not have had a super clear idea on the specifics of what he wanted to change about me. He did say that he wants to maintain my rich history, so I hope that means I get to keep doing handstands and going to Roughrider games and breakfasting on A1-slathered hotdogs, but I guess we’ll just have to wait and see.

Beyond maintaining my history, Mr. Stephen didn’t exactly present a concrete vision of what I should become, and since my parents didn’t know what to do with all that cash either, they decided to hold a contest where people could pitch ideas for what they should do to me. They called the event, “The Big Idea Of What We Should Do With Boy Schwarzman,” which was a great name.

People suggested all sorts of crazy things. The winning idea was to set up some sort of laser show that shines different lights on my body. It would be capable of making any picture you could imagine, so during Halloween, they could shine a spooky pumpkin on my legs and a ghost on my torso, I guess. And then maybe they could project a flag or a big hot dog on the 4th of July. (I just came up with those examples myself, but I hope they do the hotdog one, because then I could draw on myself with a brown marker right where the hot dog is being projected, to make it look as if it is covered in A1 sauce.) This whole laser-show-on-my-body idea seemed a little weird to me at first, but the more I thought about it, the more I realized how marginally cool it would be to someone standing directly in front of me, so now I’m totally on board. Really, I’m sorry there could only be one winner, because there was a stellar second place idea, which was to turn part of me into a portable beach by having me carry around a handful of sand.

Apparently they are going to start changing me into a modern boy sometime next year. Until then, I get to stay pretty much the same boy I was before, just with a new name. So that’s my life as Boy Schwarzman right now. I still live in Frisco, Texas, and now I even have Roughriders season tickets. My favorite food is still hot dogs with A1 sauce, and I’m waking up to eat them earlier than ever. I’m consistently beating a 38 second handstand now, although my record is still a minute and a half. You know what? Life as Boy Schwarzman really isn’t so bad after all.

I want to be Daryl again.
—A. Kinnane