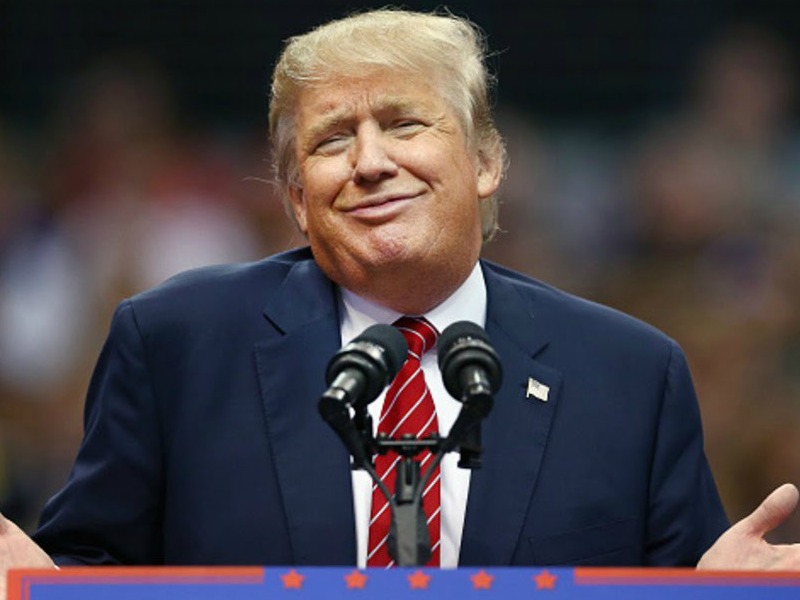 Continuing a polarizing first month in office, Donald Trump alienated a large swath of the American population yesterday by publicly referring to baseball’s referees as his “plump, little Trumpires.” Trump, never afraid to buck tradition, became the first sitting president to so blatantly disrespect the arbiters of America’s national pastime.

The controversy began during a press conference yesterday evening, when Trump digressed from a question about his widely-condemned immigration ban to extol the virtues of his “stout little army of Trumpires,” apparently misinformed about the position’s proper title.

Rather than apologizing for his verbal gaffe, Trump continued to redefine baseball terminology, insisting that a “grand slam” be formally renamed “smacking a Donny,” and that stealing a base be hereinafter referred to as “a real classic Donald move.” In a blatant display of nepotism, Trump declared his son-in-law Jared Kushner the “Omnipotent Prince of Baseball,” and two of his sons, Eric and Donald Jr., the “Jesters of the Mound.” The president also decided that his daughter Ivanka is now acclaimed Yankees first baseman Mickey Mantle. The original Mantle will have to immediately forfeit all records and accolades to the president’s daughter, who will now be regarded as one of the greatest switch-hitters in the history of baseball.

Perhaps most egregiously, the president decided to assign Hillary Clinton the infamous Curse of the Bambino, an unprecedented move that condemns his former campaign adversary to at least 86 years without a World Series victory.

The president’s administration has scrambled to cast Trump’s comments in a positive light. “At the end of the day, President Trump wants to serve the American people,” said Spicer at a hastily called press conference this morning. “And what better way to accomplish that than by being the greatest slugger this world’s ever seen.”