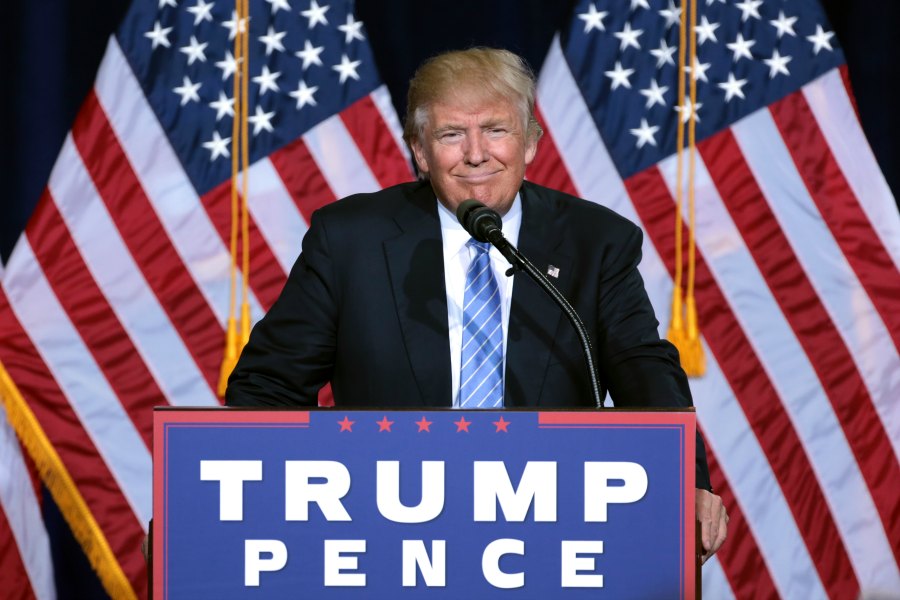 “I don’t know how he’ll handle it. You know how sensitive he is about Mike. ”

“All right,” the former mayor of New York City sighed.

Heart beating fast, he walked into Mr. Trump’s office. Mr. Trump looked up from the picture of his hands that he was circling in gold Sharpie, smiling warmly.

“Hi there, Rudy. How are you doing, friend?”

“Come now, Rudy, what could it be?” replied Mr. Trump calmly. “Surely nothing in this great nation could be running amuck. I’m bringing the country together, and we’re all going to live in harmony. Come have a seat, my dear friend, and tell me what’s wrong.”

“Yes, I know. He told me; we tell each other everything.” said Mr. Trump, breathing quickly.

Rudy paused again. He knew that he had to tell Mr. Trump, but he didn’t know how. He wrung his hands, looked down, and eventually forced the words out: “The crowd booed him”

All of the color drained from Mr. Trump’s face. It was as if he’d seen a ghost.

“They…oh God. Well—I’m sure the cast stood up for him, right?” Mr. Trump was talking faster and faster, his breathing almost at the point of hyperventilation. “The cast is full of minorities, right? And the blacks love me and Mike, Rudy, and so do the Hispanics. All we want to do is bring people together. They know that, don’t they?”

He looked at Rudy with hope in his eyes, wanting affirmation that the cast had been full of upstanding American patriots.

Rudy’s lip quivered. He had no choice. He had to tell him.

“No, sir. The cast… They criticized him. They read a statement, sir.”

Mr. Trump looked down. His eyes began to well up with tears. His hands shook.

Silence enveloped the room as Mr. Trump processed what he had been told. Rudy hadn’t seen him this way since twelve greedy, lying women who had never met each other independently decided to tell accounts of sexual assault that were consistent with each other and with Mr. Trump’s own statements. They had hurt him so much with their lies.

Eventually Mr. Trump spoke, his voice shaky. “Mike Pence is our great future VP. He is a very good man. How could they be so rude to him?”

“Me?” Mr. Trump exclaimed. “Who cares about me? Rudy, I’ve got skin like a rhinoceros, everyone knows that. I just can’t imagine how crushed Mike must be right now. After all he’s done for the gays –getting them conversion therapy, making sure they only go to restaurants where owners like them to protect their feelings – how could they treat him this way?”

Rudy shook his head, not knowing how to respond.

Mr. Trump gazed out the window, over the city he’d spent his entire last few months working for, and took a moment to collect his thoughts. Then, he looked at Rudy and said what they both already knew. Mr. Trump had to make sure Mike would be okay. And there was only one way to do that.