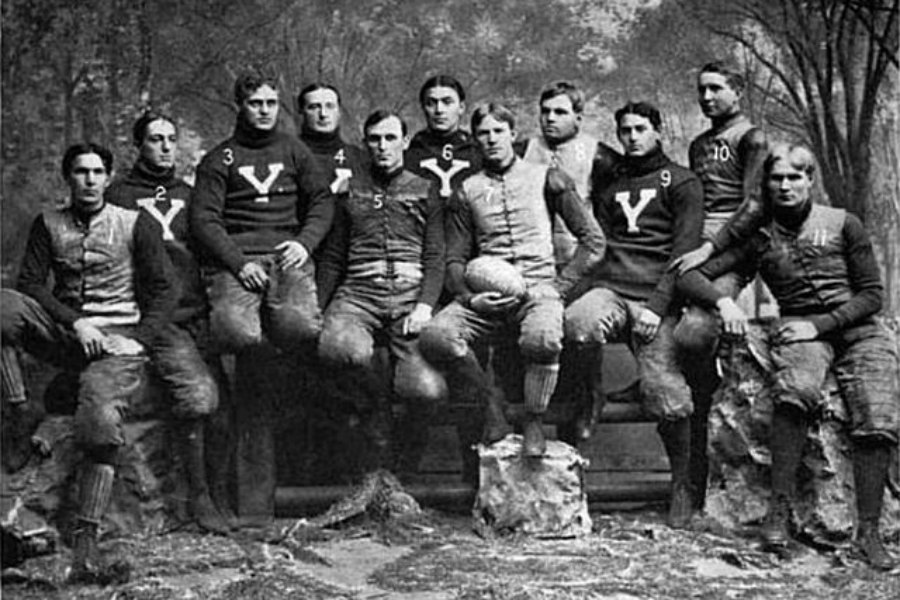 Coach’s Comments: Promising, but not enough time to get the giant Tesla coils in place.

Coach’s Comments: Not sure how we planned to entice them onto a pleasure boat; turns out our quarterback is horrible at serenading.

The Doctor Who Play: A rift in the space-time continuum swallows up Harvard’s half of the field, depositing it in 13th-century Mongolia.

Coach’s Comments: Too risky; space-time rifts are uncontrollable. We don’t want a repeat of the ’89 debacle.

Coach’s Comments: Scrapping this one. We have determined that Handsome Dan prefers lacrosse.
Also, communication problems because he cannot speak English. (He’s a dog.)

The Trench Coat Play: Each player replaced by two very small people stacked on top of each other, so as to give us effectively double the manpower.

Coach’s Comments: Not sure why we thought this was in any way a good idea.

The Adam Wheeler Play: We forge the signatures of everyone watching the game, so that they think we won. We also lie about it to the Fulbright Committee.

Coach’s Comments: Plan scrapped; discovered that none of us can draw, though Smith managed a very passable stick figure.

The NFL Play: Actually play a competent game of football.

Coach’s Comments: Our last resort. Who knows what will happen if it comes to this…