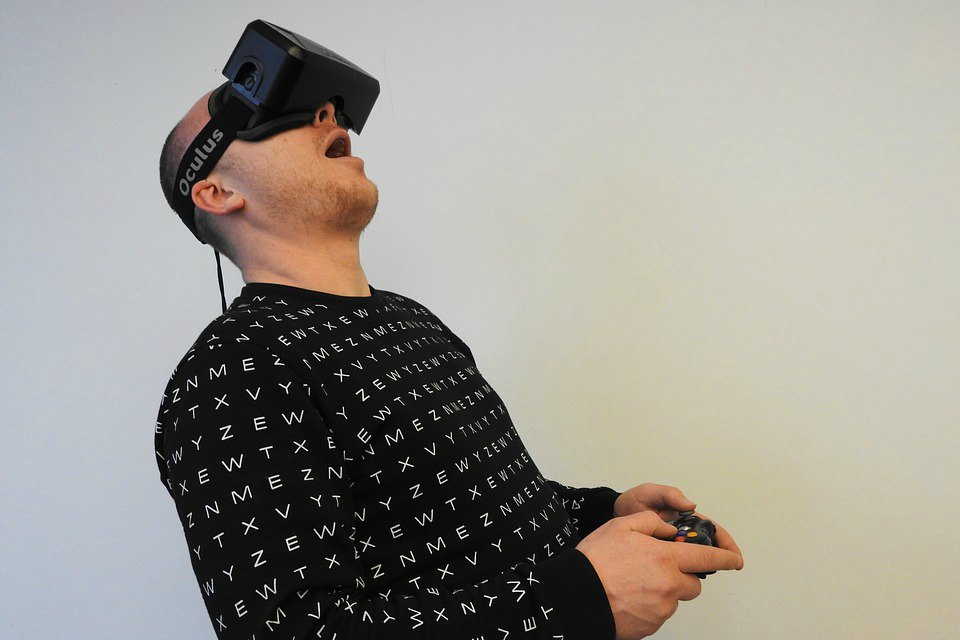 The Record got its collective hands on a development copy of the new Oculus 2 device, announced earlier this month at the Oculus Connect conference on Facebook Live. The Oculus Rift was, of course, one of the first commercially available virtual reality devices. We’re sure that the Oculus 2 will prove to be even more commercially successful and, as a bonus, further reduce the need for anyone to live a meaningful life. But enough relevant background information; let’s discuss the next revolution in virtual reality.

The new Oculus 2 ships in a sensual black box with the words “Oculus 2” emblazoned on one side and the face of a man who we think is Jesse Eisenberg on the other.

WHAT’S IN THE BOX?

Inside the box is a notebook and a handwritten note from Jesse, which begins as follows:

“Welcome to the next generation of Virtual Reality.

My name is Mark (not Jesse) and I bought Oculus because I could. But I also had some free time last summer and finally watched Inception. And, let me tell you, that film is amazing. Want to know what’s even more amazing? You too can dream up worlds like Dominic Cobb; you just have to learn how to lucid dream. So then I was like: why build technology for virtual reality when the technology has been inside of us all along? Why not just teach people how to lucid dream?

Lucid dreaming is pretty simple. The first step is to start remembering your dreams; that’s why I’ve included my personal dream journal in the box.”

WHAT ELSE IS IN THE BOX?

The box included a second notebook with the words “Oculus 2” on the front. Most of the pages are blank, although one had a few scratched-out words written at the top. Our best interpretation is that the words say “I dreamed of a connected world. Oh shit, this one is supposed to be the blank one. Better scratch out these words.”

WAIT, WHAT DOES THE REST OF THE LETTER SAY?

It was pretty long so we decided to just see what else was in the box.

Turns out there are no controls. We found a couple of knickknacks at the bottom of the box, like an Inception top, a Happy Meal™ Yoda, and the watch my father gave me before he left. Unfortunately, we aren’t sure what these are for. Maybe they are the controls. Maybe that’s what’s in the rest of the letter.

The Oculus 2 performed well. We experienced no framerate drops at all, and the battery still hasn’t run out at the time of writing.