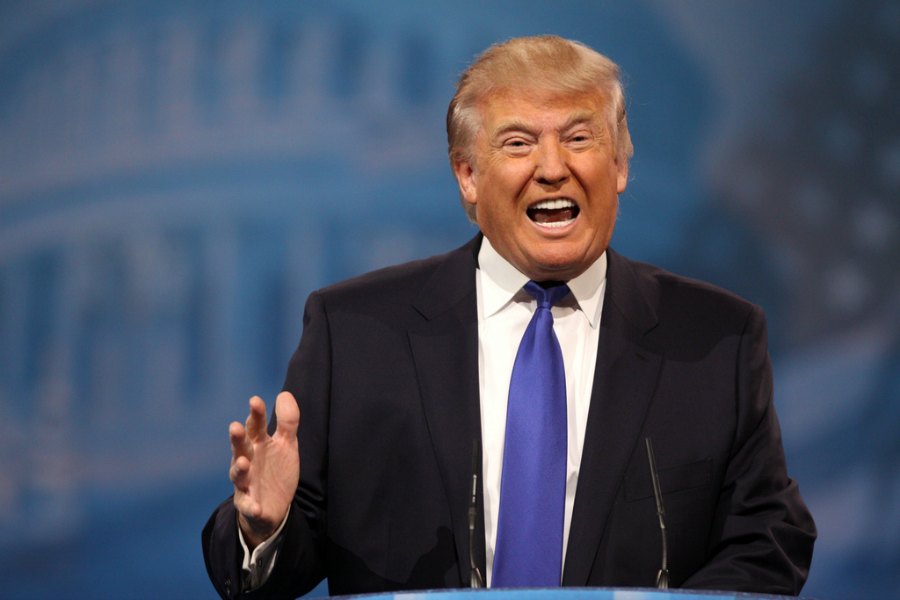 The Republican nominee was spotted outside the Tacos de Juan stand, sporting a large sombrero and fake moustache he apparently borrowed from his good friend David Duke’s “Latino Collection,” and attempting to get a refund on his bean taco. He reportedly said, “This…was…a terrible…taco. Just, such a nasty taco. I know it, you know it, everybody knows it. Lemme tell you something, lots of people have told me that this is a bad taco.” When told that the aforementioned item had been prepared under meticulous safety standards, he proceeded to blare an air horn in the manager’s face while shouting “Wrong!” in a very loud voice.

The Apprentice star also complained that he had never promised to accept the taco from this “hombre.” “They’re not sending their best,” he confided to this reporter. “They’re sending stale beans, bad tortillas – it’s terrible, I gotta say.”

After displaying belligerent behavior toward several women present (which he later denied, saying that these “muchachas” wouldn’t have been his first choice), Mr. Trump was tackled by law enforcement officers and handcuffed, while repeatedly shouting ‘You’re resisting!’ He was promptly led away, claiming that the law was rigged to any who would listen.