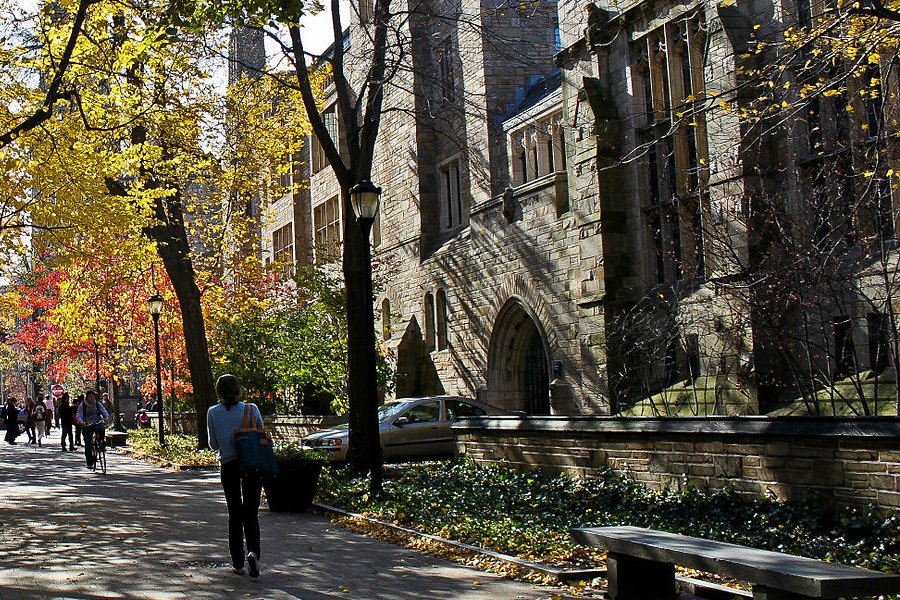 Yale has an incredible variety of both instrumental and choral music groups. Whether your thing is orchestral music or rock, gospel or a cappella, you’ll find the ensemble for you here at Yale! Whether you’re a performer or more of a spectator, let the beautiful music drown out the sound of your brain shrieking about the fact that George W. Bush, Warmonger Supreme, was a student here from 1964 to 1968.

Yale’s beautiful architectural styles include Collegiate Gothic, Georgian, and whatever Morse and Stiles are. That’s right! Yale boasts some of the most beautiful college architecture in the country. In fact, Robert Frost called the Branford Quad the most beautiful courtyard in America! Even if you, like the infamous George “Walker” Bush DC ’68, are not in Branford, there’s nothing better than taking a stroll around campus to clear your head of the knowledge that you are walking in the very steps of one of our most criticized presidents.

Clarence Thomas went here too. Try focusing on this instead of the fact that George “Oil Boy” Bush, Baseballman in Chief, once strutted across this campus before graduating with a B.A. in history. Justice Clarence Thomas, or “Silent Cal,” went almost 10 years without asking a question on the Supreme Court!

Commons is open until 3 p.m. No way! Yale’s biggest dining hall is open from 11 a.m. to 3 p.m., four whole hours! Grab some pizza for a late lunch with friends and try to take your mind off the possibility that George “George W. Bush” W. Bush could have sat in your very seat during his four-yearlong conquest of Yale’s campus!