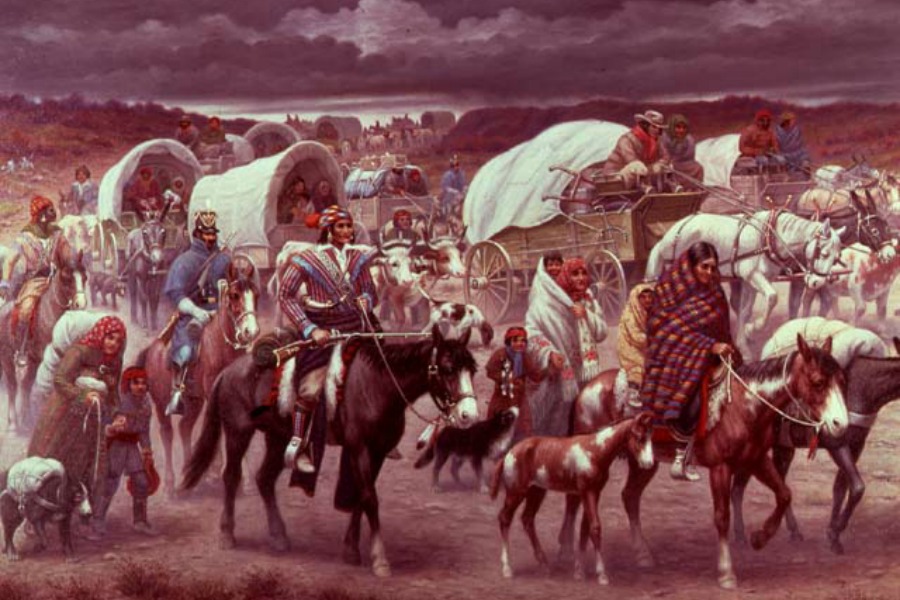 There comes a time in your life when you have to stop accepting excuses other people offer you, and own up to your actions by the only standard that matters: your standard. It’s not easy. When others allow you to get away with making excuses for your behavior, it takes a lot of guts to say, “No, I won’t let you excuse my behavior, because deep down I know I made a mistake.” But here goes.

I know that if I really wanted to, I could’ve stopped the Trail of Tears.

My whole life I’ve gone along with the excuses that other people allowed me to make.

They say, “Don’t beat yourself up about not stopping the Trail of Tears, you were still over 150 years from even being born. There’s nothing you could’ve done to stop it.”

They say, “Seriously man, it’s not your fault that you didn’t stop it! Even if you had been born, you almost certainly wouldn’t have been in a position to influence national policy at the time.”

They say, “Look, even if you had been born and in a position to influence national policy, you surely wouldn’t have been able to stop Andrew Jackson. Why, even John Marshall, Chief Justice of the Supreme Court, couldn’t stop the forced removal of the Cherokees!”

But I didn’t. And I’ll have to live with that for the rest of my life.