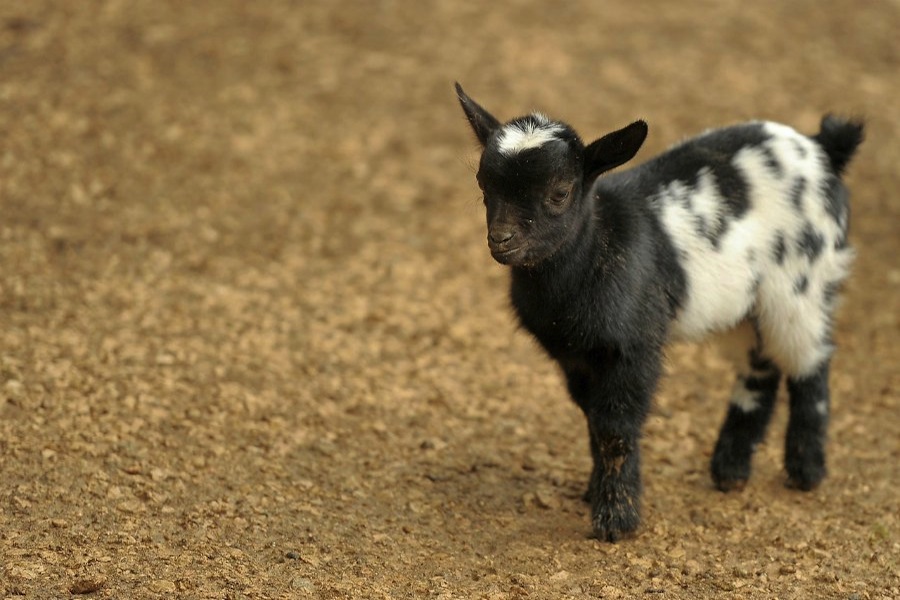 NEW HAVEN — There comes a time in every child’s infancy when they learn to take control of their muscles. However, a recent study published by Dr. Richard Hansen of the Yale School of Medicine has revealed that between ages 11 and 13 boys periodically lose this control and, furthermore, that this unusual phenomenon may indicate an evolutionary tie between middle school boys and goats.

“Middle-school-age boys regress in their simple motor functions, typically to an age of under four weeks,” Dr. Hansen explained. “This is particularly the case when listening to music.”

Dr. Hansen’s theory is that these boys experience a physical response similar to that of startled myotonic, or “fainting,” goats. For this species, any form of excitement causes a simultaneous stiffening and weakening of various limbs, leading to collapse on the ground. Geneticists have begun doing research in hopes of discovering on the Y chromosome of middle school boys the same gene that causes these goats’ remarkable flailing behavior.

“This is an exciting development for evolutionary biology,” said Dr. Hansen. “The connection is clear. When I see a preteen boy getting down and attempting to get dirty, I immediately think goat.”

Dr. Hansen elaborated that for humans, the type of excitement that triggers the response is most often tied to music with a “bumping bass,” “sick beats, bro,” or a beloved classic with an elaborate dance such as the “Soulja Boy.”

“However, the excitement can really come from anything, like when Jenny wears a skirt shorter than fingertip length,” he said, bringing up a slide of Jenny, an otherwise unimpressive preteen, to drive his point home.

When asked if it was possible that geneticists would fail to discover an actual link between middle school boys and goats, Dr. Hansen responded, “God, I hope not.

“I hope, at least for the boys’ sake, that the answer is a gene mutation. Otherwise there’s no excuse.”