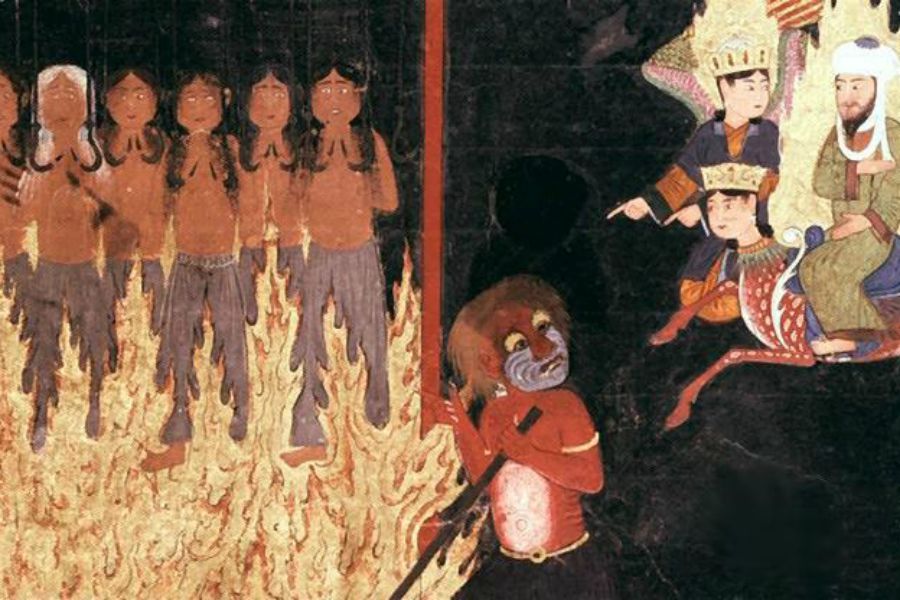 2. You get this weird vibe from Satan if you joke about him being in that South Park movie.

3. The biting black flies out by the Lake of Everlasting Fire.t

4. Mother Theresa will not stop bitching about how her paperwork got messed up. Cry me a river.

6. The snotty emails you get from your friends in Heaven. They always talk about how great it is, then feel bad and say something like, “Like everywhere, it’s not perfect.”

8. The rumor is, Nasdaq is considering delisting our shares (HLL, dump ‘em if you got ‘em).  This after, “If you come here instead of Purgatory, I’ll give you stock options.” Boy, he really is the Lord of Lies.

9. All the models are soooo dumb.

10. It’s impossible to get a cab. Well, not impossible, but you have to wait forever, especially when it’s raining.

11. Disembowelment. The old saying is wrong—it hurts every time.

14. All the bragging. Guys, it’s Hell—if you were really all that, you wouldn’t be here.

15. No pets, can you believe it? Satan says he’s allergic, but that’s bull. I think he does it just to torment us.

16. The architecture. They tore down all those beautiful medieval buildings! They redid Circles Five through Nine in the early Seventies, and now they look like some crummy community college.

17. The mail service is the worst. I haven’t gotten a magazine with an unripped cover in 500 years.

18. All the movies are second-run, so you hear the endings from the new arrivals before you can see it.

19. The demons all have this “unholier-than-thou” attitude. Jerks.

20. Everybody’s plastic surgery is voided when they get here. It gets ugly; people feel gypped.

21. All the tourists looking for Dante. He’s not HERE, you idiots!

22. Everybody underdresses for everything. Would it kill you to wear something besides a T-shirt and cut offs, once in a while?

23. My obnoxious 666 roommates. Wash a dish once in an eternity, would you? I’m not your mother—she’s over in the women’s dorm.

24. Everybody’s so religious. That boat’s left the dock, folks. “What would Jesus do?” He’d get the Hell out of here, that’s what!

26. The variable sales tax. You can never tell what anything’s going to cost, so you never have enough money when you get to the cashier. I haven’t been able to buy anything for years.

27. Listening to everyone argue, “Which is worse, the liquid gold enemas or the brain-eating worms?” Can we just agree they both suck, and leave it at that?

28. Every year the Devil rereads Paradise Lost and pulls the ol’ “drink-and-dial.”

29. Whenever the Incendio-Demons set Pol Pot on fire, somebody always yells,  “Hey, do you smell Pot?” It was funny the first 20,000 times, guys.

30. My bunkmate Sartre keeps mumbling “I was so right. I was so, so right.”