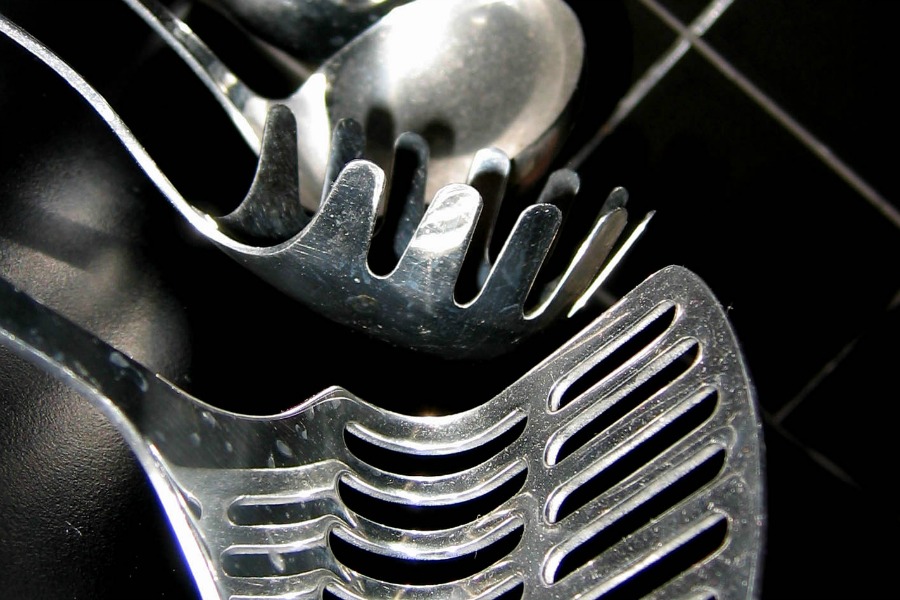 Announcer: The time has come to once again answer life’s most savory question: whose cuisine reigns somewhat supreme? This is Aluminum Chef America! To any fans that happen to be lawyers, I tell you this: we have no Iron Chefs in this kitchen. We have only the physically and emotionally weak shells of broken men pitted against one another in a culinary battle for our sadistic pleasure. Let’s begin. This week, our judges are my marriage counselor, Becky from accounting, and an old pile of Crocs.

Old Pile of Crocs: It’s truly an honor to be here. Also, I’m not a pile of Crocs, I’m Mario Batali, famous chef and restaurateur.

Announcer: Thanks, old pile of Crocs. Now it’s time to introduce our very own aluminum chef!

Music cuts out and a large drum is heard beating in an i̶r̶o̶n̶i̶c̶a̶l̶l̶y̶ aluminimunically tribal manner.

Smattering of applause is heard.

Announcer: Allow me to introduce this week’s challenger. As a child, he was abandoned in a Cinnabon in Dayton, Ohio. He was raised by an old cinnamon bun for 30 years until he accidentally sold the pastry for a sweet $4.95. That day, he decided to forge his own destiny in the lukewarm blazes of the glaze machine. His bones are brittle from eating only sweets and his therapist says that he’s a ticking time bomb. Please welcome, Gerald Sullivan!

Gerald (tearfully): Thank you for having me.

Announcer: Gerald, it’s time for you to pick which aluminum chef you shall face in a series of culinary battles and emotional crises.

Gerald: But there is only one aluminum chef. Announcer (dramatically): But which shall you
choose?

Guy Fieri is revealed from behind a tattered black curtain.

Guy Fieri: Welcome to flavor town! I have a minute to win it, good luck.

Announcer: Actually, you have an hour.

Guy Fieri and Gerald stare dramatically at a crusty tupperware as the aluminum foil is slowly peeled away.

Thunderous applause erupts from the audience. Guy Fieri stares in disbelief at the piles of his luscious and fragrant silver death spikes heaped inside the tupperware. Slowly his hands move upward, and he begins to caress his head. Realizing that he is Voldemort-level bald, he lets out an inhuman shriek and assumes the fetal position. One audience member collapses.

Medics and aurors rush onto the scene, carrying Fieri and Potter out on stretchers.

Announcer: It seems we now have no aluminum chefs left to face our challenger.

Gerald: So I win?

Announcer: Of course not. Also, we have another surprise emotional crisis for you: We tracked down
your biological father.

Announcer: That’s all the time we have for today. Join us next time on…

Announcer raises his eyebrows and waves his hands about in an attempt to get the crowd to join him in saying the words “Aluminum Chef America,” but they are having none of his shit.