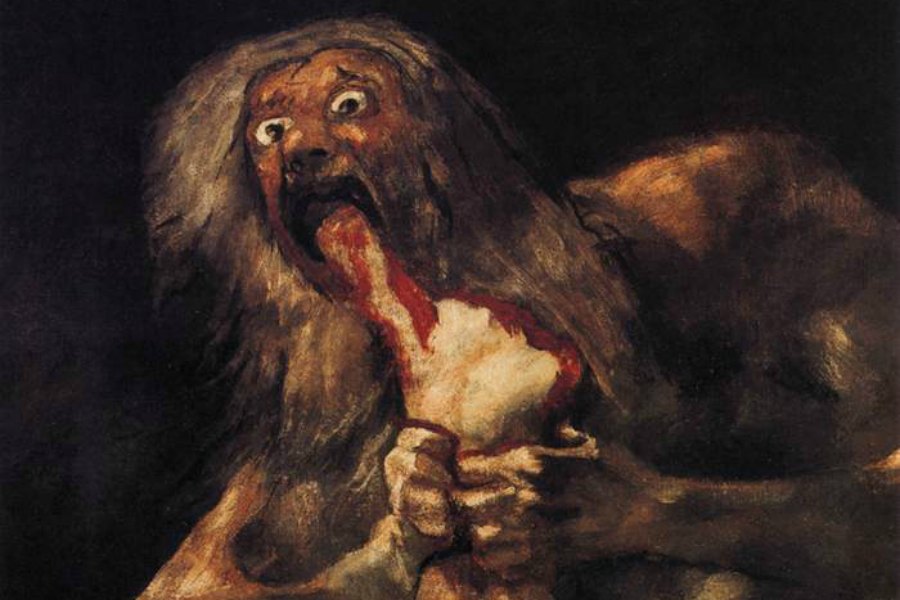 Here we go. This monologue is starting so well. Old
Golden Spleen didn’t know this was coming; I just
jumped out at him after he left his super-wife’s funeral and
started going off about his so-called “morality” and “hero-
ics.” After this, he’s totally going to change his ways and
be my best friend and we can do villain stuff and then just
hang out after, catch a movie, eat popcorn, I don’t know,
I’ve never had a friend before. That’s why I monologue
so much. I think it all started when I was seven, when my
dad purposefully hit my new puppy with his Prius while
I watched, and then told me Mr. Paws had run away to
a farm upstate. I was already super emotional because I
had fallen into a vat of radioactive waste the week before.
Wait, I’m getting distracted. Monologue. Monologue.
Weird word, monologue.

So far, so good. Do I sound shrill? I think I’m sound-
ing a little naggy right now. I’ll bet he hates that, espe-
cially because his wife just died. I’ll adjust. That’s why
I’m so good at monologuing: I’m always open to adapta-
tion. Should I gesticulate now to drive this point home
more forcefully? Yeah, I’m going to wave my arms a lot.
Wait, that looks weird. Try to salvage it by adjusting the
stereospecs. Nice save. Maybe sit backwards on this chair,
to show him how cool and relatable I am? Yeah, that’s
perfect.

Wow, look at him tremble with fear and awe and sex-
ual longing. I’ll throw in a random act of violence here to
show my might and hide my insecurity about the fact that
when I die no one will remember me. And also the inse-
curity about my weird hairline. The stereospecs should
distract from that, but I live in constant fear that someone
will find out and make fun of me, just like Billy Watkins
in the third grade. But the joke’s on Billy now, because I
ran over him in my Prius. Oh damn, did I just say that out
loud? Quick, push a passerby into traffic to deflect atten-
tion from your weird hairline. Wait, did I forget to turn off
the oven? I remember removing the huckleberry pie from
the oven, but I don’t remember turning it off afterward.
That could be bad. I’m going to eat that pie so good later,
it won’t know what hit it. It was my first time making pie
dough from scratch, but it turned out delectably flaky and
golden-brown. Anyway, time to wrap it up; it’s time for
the awesome, totally not choreographed fight montage.
God I miss Mr. Paws so much.

—B. Rudeen and R. Lackner

Breaking: An Important Update From The Senate