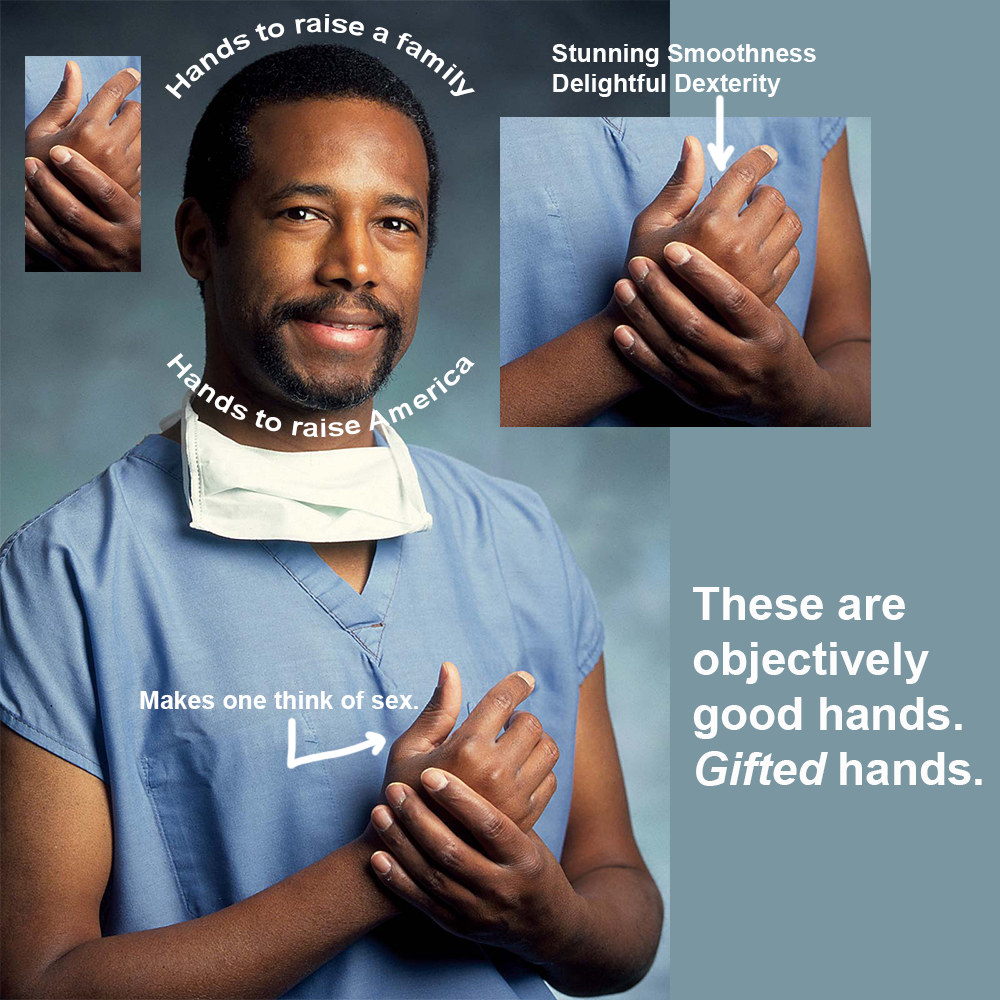 I watched the democratic debates sitting on the floor of my home in Washington as I spooned down a big bowl of gazpacho. I have literally never been so bored in my life. As soon as Castro (the objectively worst Secretary of Housing and Urban Development in the last decade) began to talk, I began to drift into slumber. Suddenly, my eyes locked on my countless copies of my favorite book: Gifted Hands ​by Ben Carson. “Aha!” I exclaimed, although I was alone. I knew what was missing: the delicate hands of a Yale man who cuts apart the brains of conjoined twins. I searched to see if any of the hands in the debate were nearly as gifted as my own gifted hands, those of Dr. Carson (winner of the Medal of Freedom). I studied every hand with the vigor and intensity each deserved. I have outlined my studious research below: 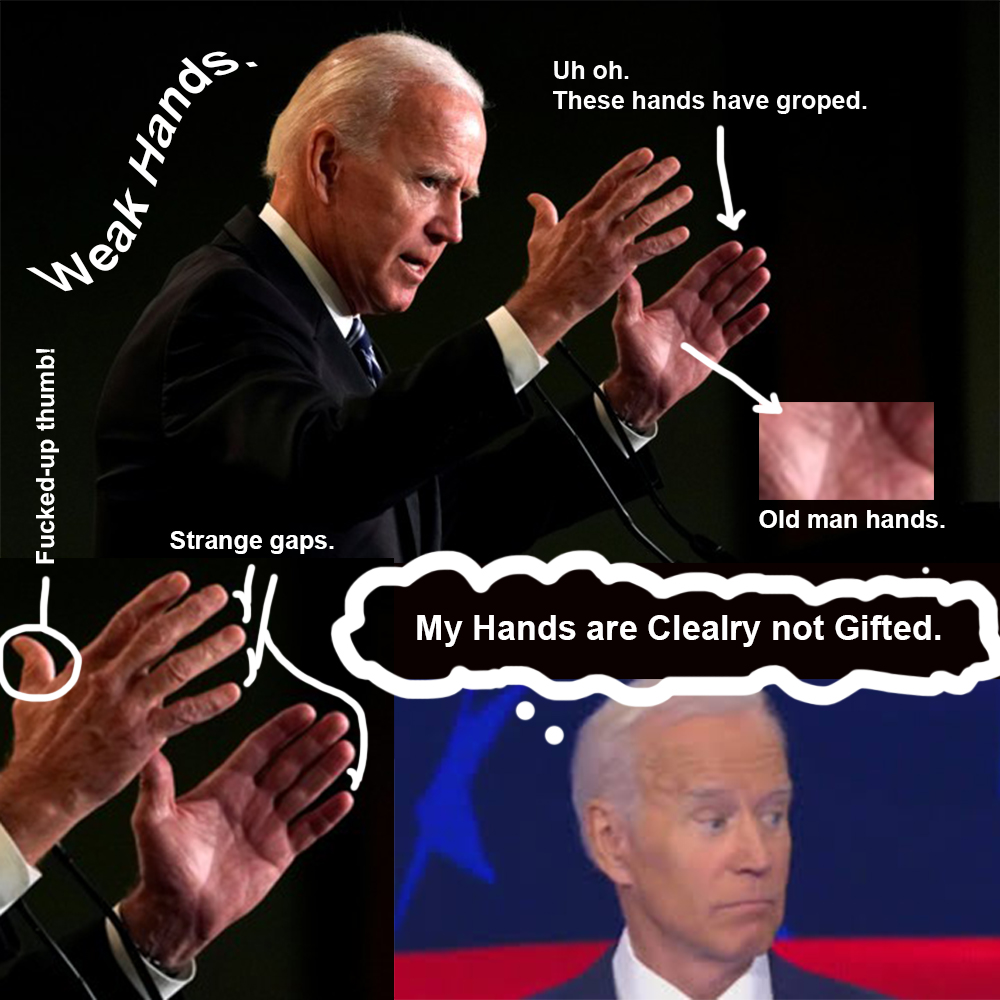 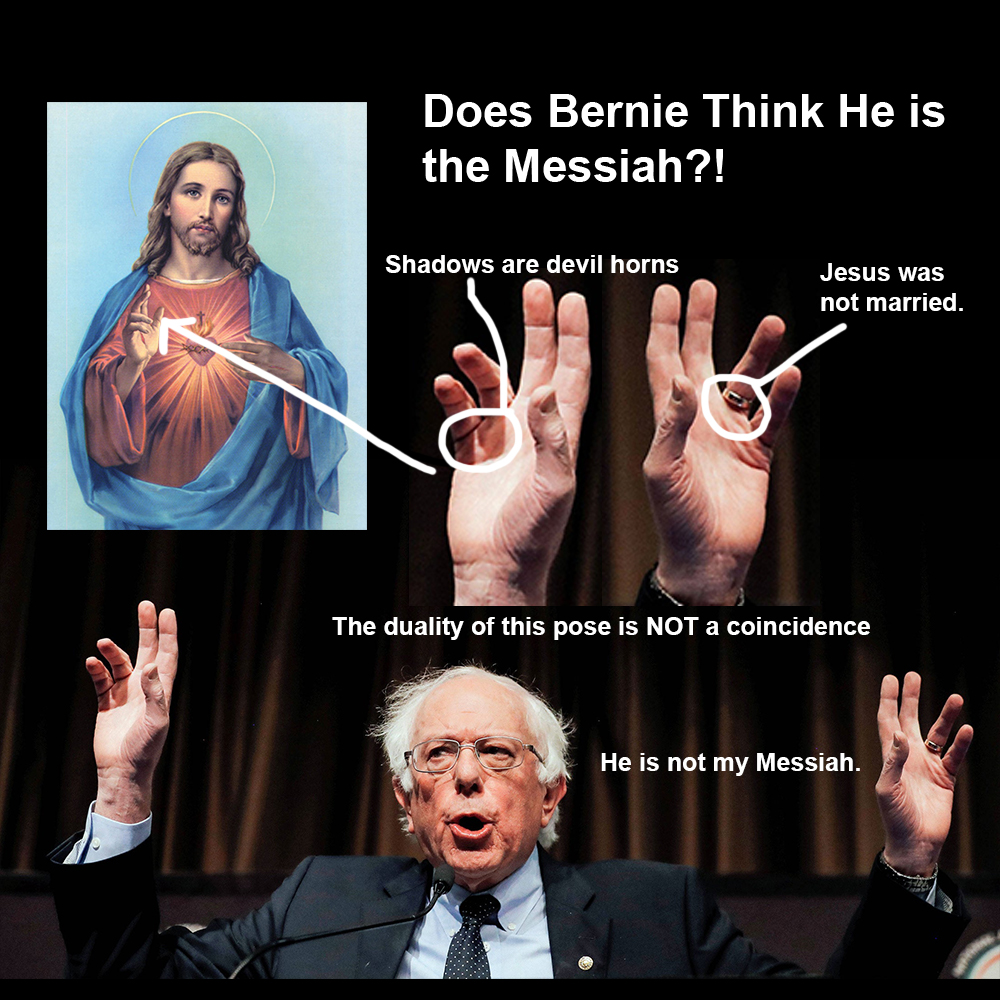 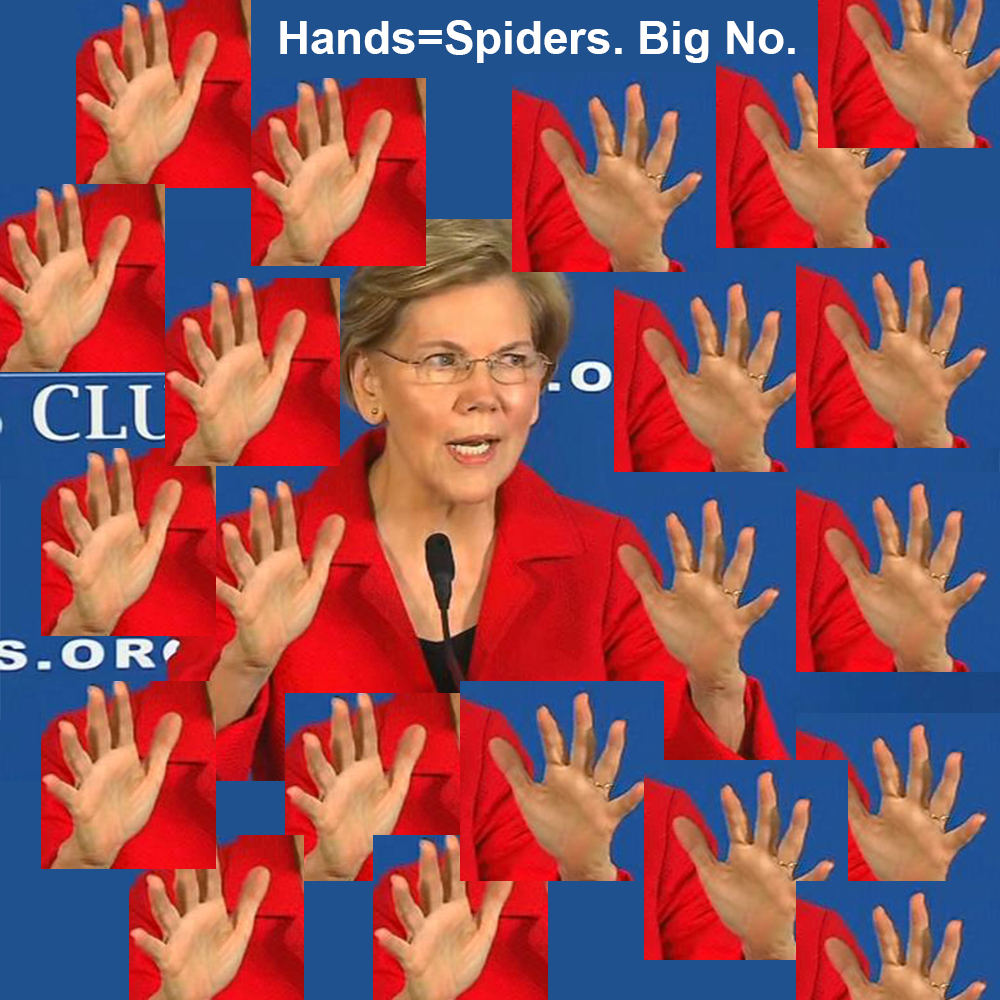 Would you want the future in anyone else’s hands? I know I sure wouldn’t.