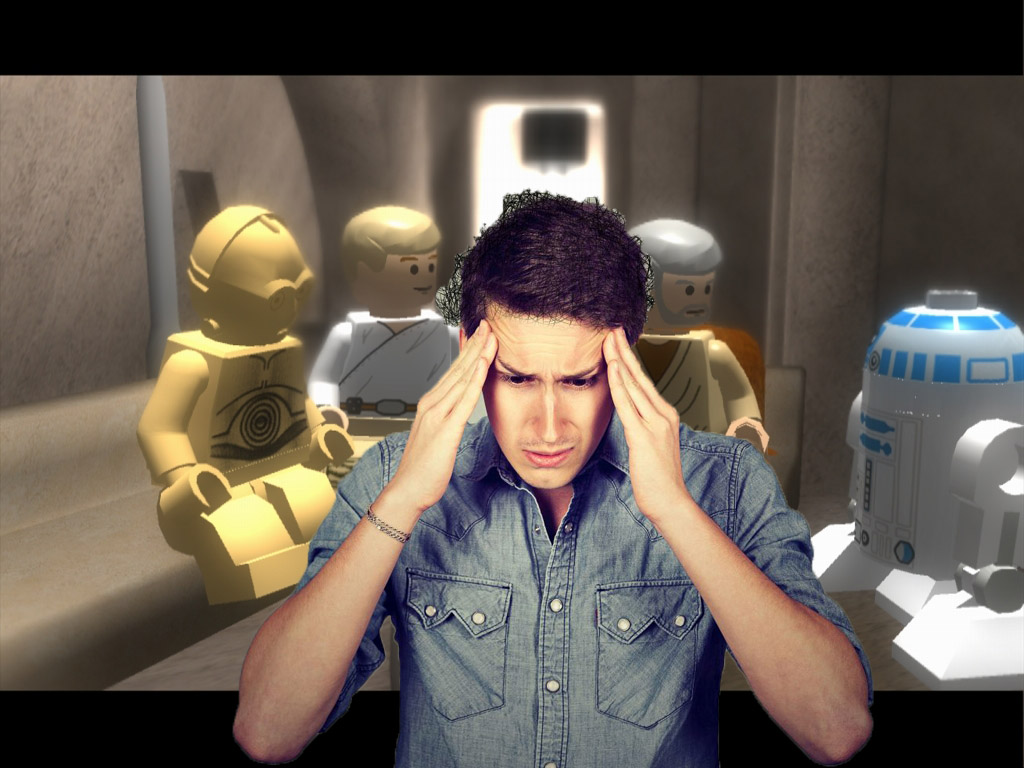 Mini-kits and Mental Health: Why the Nintendo DS Game LEGO Star Wars: The Complete Saga is the Root of My OCD, and Other Investigations of the Self

In this confusing world, we are often unaware of the exact date upon which our mental state was put at risk. For me, this date was November 6th, 2007: the release date of a LucasArts and TT Games masterpiece. In this essay, I will use unfabricated anecdotal evidence and completely-legit psychological reasoning to analyze how LEGO Star Wars: The Complete Saga, a seminal game of my childhood, not only led to many hours of fun exploring the different realms of the galaxy far, far away, but also catalyzed my development of obsessive-compulsive disorder (and possibly some mild form of insanity).

This video game, available for various consoles, including the Nintendo Wii and Xbox 360, takes place everywhere, from “above Naboo in Star Wars Episode I – The Phantom Menace to the attack on the second Death Star above Endor in Return of the Jedi” (Wikipedia 2019). What that means, I have no idea. But more importantly, across the different levels, players collect the game’s currency, “studs.” You might be asking yourself, “Marty, what’s the point of collecting these studs?” Well, it’s really quite simple…

On the homepage of the game, you can purchase bonus characters. Though the literature on LEGO Star Wars: The Complete Saga is not incredibly extensive, the reputed starwars.fandom.com reports that there are, like, 160 characters in total that one could unlock. Therefore, the more studs you have, the more characters you can have (and the cooler you look in the eyes of your classmates).

Only one method proved to be truly successful at unlocking all these characters: collect as many studs as possible by replaying every level over and over again, and destroy EVERYTHING within the level. When you destroyed something with your lightsaber or your Wookie fists, it would explode into studs (the most valuable stud being a shiny, cobalt blue). NOT A SINGLE OBJECT COULD GO UNTOUCHED. This thorough dissection of each level also led to the discovery of other hidden advantages, such as items called “mini-kits,” and nicknames at school like “the chosen one” or “Marty.”

Though https://www.webmd.com/mental-health/obsessive-compulsive-disorder#1 does not list “manic destruction of objects in order to find currency” as a symptom of OCD, these behaviors displayed by my 8-year-old self might echo the other items listed on their list. (I know I legitimately don’t have OCD…maybe we should stop using it as a joke? Since it’s serious for people who do have it? Hm. Should rethink this thesis.)

As proven by my extensive research described in this paper, LEGO Star Wars has forever altered my mind and given me OCD. Not like real OCD though (again, maybe start over with new thesis). Though the effects of the game are ever-lasting (coolness gained among classmates notwithstanding), this does not mean that something can’t be done. And maybe, the real force was The Force I felt along the way.