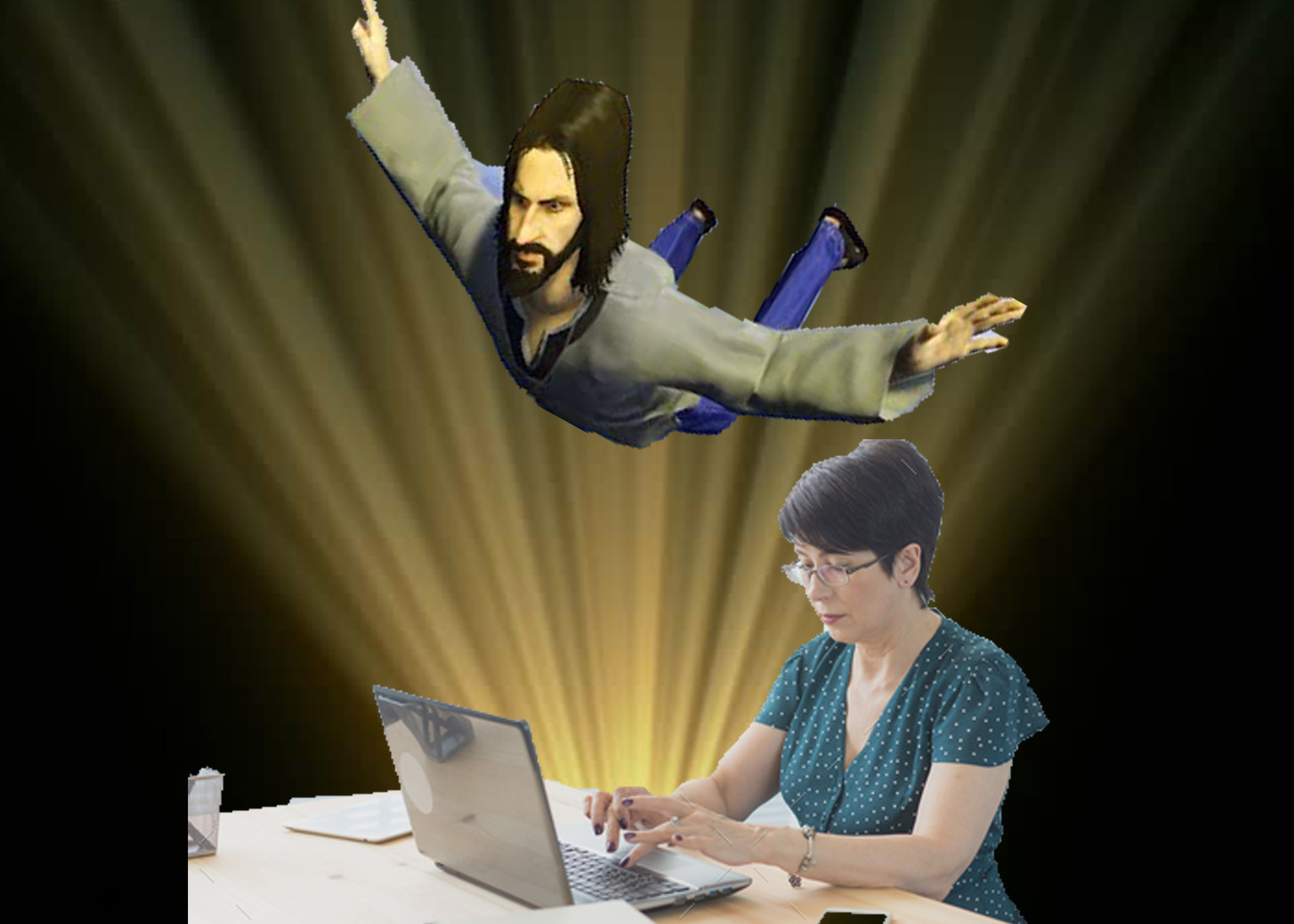 TOWNVILLE, MONTANA—When Krisha Silverson, 33, chimed in on Facebook with her opinion on gun redistribution, she had a hunch that her post would go places. An avid proponent of guns for everyone, Silverson opined on her “wall” that

“It just doesn’t seem FAIR to me that the top 2% of households in America own a disproportionate amount of our nation’s guns.”

Quickly enough, the Townville High newspaper, The Neveread, got word and celebrated Silverson’s revelation in their weekend edition. Soon, the nation’s most reputable news stations, as well as Fox News and CNN, told Kris’s story. Over the air waves, the news reached a higher power.

In his first public appearance since 33 AD, Jesus rose from the dead “to see what all the hype was about” and was shocked to see her Twitter following exceeded all Christians who have ever lived by about 8, making her the most popular figure in world history. Every world leader jointly arranged a rally for Silverson’s followers to be held next Tuesday in the entirety of Montana, and they eagerly await her next statement. Mr. Christ will open for her alongside a Lynyrd Skynyrd cover band. Silverson will then take the stage to propose her ideas.

“Krisha’s definitely impressive. I wouldn’t cross her, and I’ve been crucified,” a disheveled Jesus remarked, who had shaven. “I think the two of us could become friends through our commonalities– we share the Christian faith and a yearning for universal ownership of firearms. Oh, side note: CoolataTM is delicious!”

“Yeah, he’s been pretty cool about the whole thing,” Silverson commented. “Nice guy. He keeps talking about loving your fellow man and that shtick, so I’m trying to get him set up on Twitter. I think with my help, I could see this guy taking off.”

After the rally, the messiah plans to discuss the establishment of world peace with Silverson over CoolataTM, his new favorite drink.