To the 97% of scientists who believe in “Global Warming”:

Sorry, but it’s not a thing. Now before you furiously crumple up this letter and throw it into your little compost pile, you should know I’m not like our current president or that neighbor who keeps trying to run over your Prius with his 2007 Hummer but always runs out of gas right after he pulls out of his driveway and then just pisses on your Prius instead. No, I truly believe that humans are causing the Earth’s temperature to rise unsustainably as CO2 emissions perforate our ozone layer. I’m not dumb.

However, the Earth is flat. You see, if the Earth was a three-dimensional object—for example, a globe—only the hemisphere facing the sun would increase in temperature. The other hemisphere would experience an inverse effect, as cold currents from the moon wafted in through the antipodal hole in the ozone, as shown in Figure A. 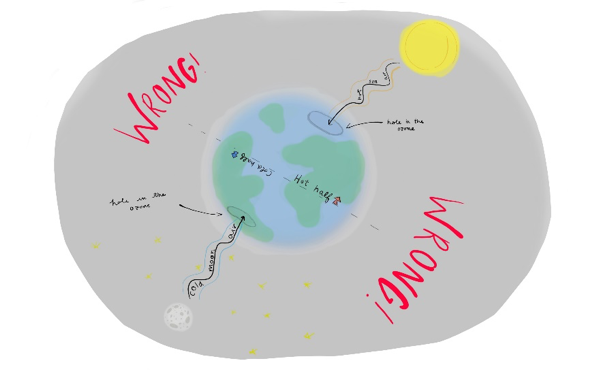 Thus, a contradiction arises. The Earth cannot be round and universally heating up. Conversely, if the Earth was flat, holes in the ozone would only face one direction, allowing for symmetric heat diffusion as seen in Figure B. 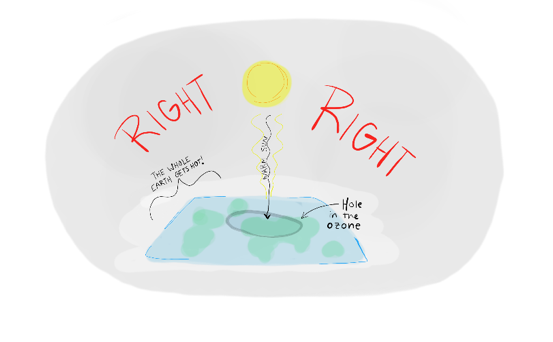 Thus, it is clear that we are not experiencing global warming but instead surface warming. This is the reason I write to you today. While I am glad that you are not part of the 3% of scientists who sold out to oil companies, I would appreciate a nomenclature change so that this false narrative of a multi-dimensional Earth is no longer thrust upon our impressionable children; or should I say, your impressionable children. I am barren.