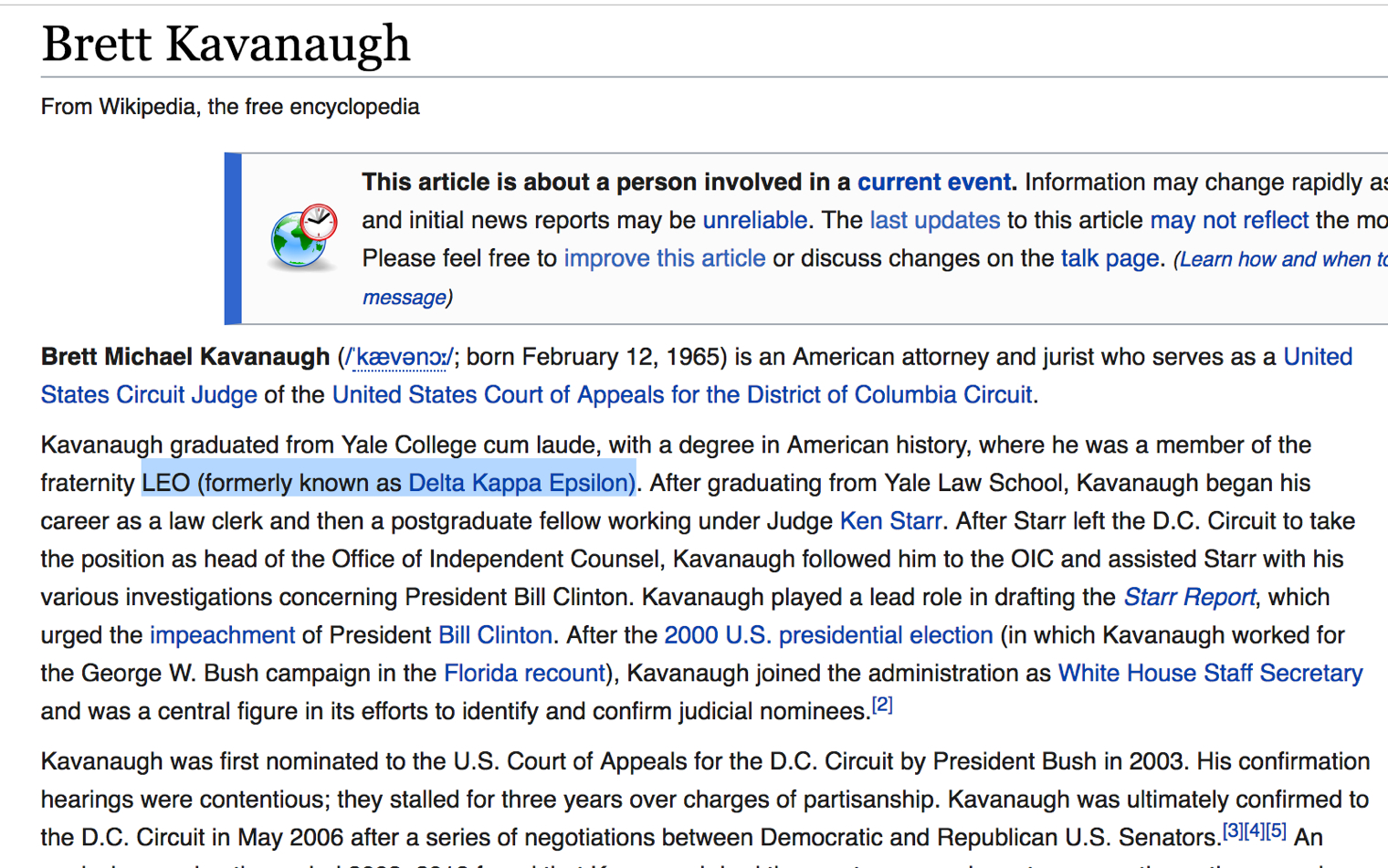 NEW HAVEN, CT — Facing yet another wave of censure for its hostile sexual climate and countless confirmed allegations of assault, including those leveled against former brother and current Supreme Court nominee Brett Kavanaugh, the embattled Yale Chapter of Delta Kappa Epsilon announced today it would finally disassociate from its national chapter and rebrand as LEO.

“It’s a do-over,” reported chapter president Lyle Owens, ‘20. “LEO is a totally new name for a totally new fraternity. It is fittingly devoid of any connotations, positive or negative. It’s a clean slate.”

As part of its rebrand, DKE has promised to renounce many of its former practices. The fraternity will even discontinue its most storied tradition, the raucous Spring Fling after party known as “Tang,” in favor of a brand-new event, “LEO Tang (Formerly Known As DKE Tang).”

“We thought it would be difficult to reach a consensus on a new name, but LEO just had the right ring to it,” said brother David Moran, ‘20.  “For some reason, we all associated it with exactly what we’re trying to do here, which is to just leave all these isolated incidents of systemic sexual violence behind us and start fresh.”

Other brothers echoed Moran’s sentiment. “As a person with a Confederate flag hanging above my bed, I’m obviously very sensitive to historical erasure,” reported Bryce Lester ‘20. “But in this case, it just felt right.”

When asked why the fraternity waited so long to rebrand, Owens explained, “When a ship starts to sink, you don’t just up and jump off. First, you deny all the claims that the ship is sinking and carry on, business as usual. Then, as pressure mounts, you discredit all the people that say the ship has been sinking for a long time and needs to be abandoned. Next, you drown all the people who claim they tried to point out structural flaws in the ship years ago but nobody ever listened, since the people running the ship always had just enough lifeboats to guarantee they would float out of a wreck just fine. Finally, though, once the ship starts to get national news coverage, you rename the ship, and voila! The ship isn’t sinking any more, because it doesn’t exist! Instead, there’s a totally new, structurally-sound ship in its place.”