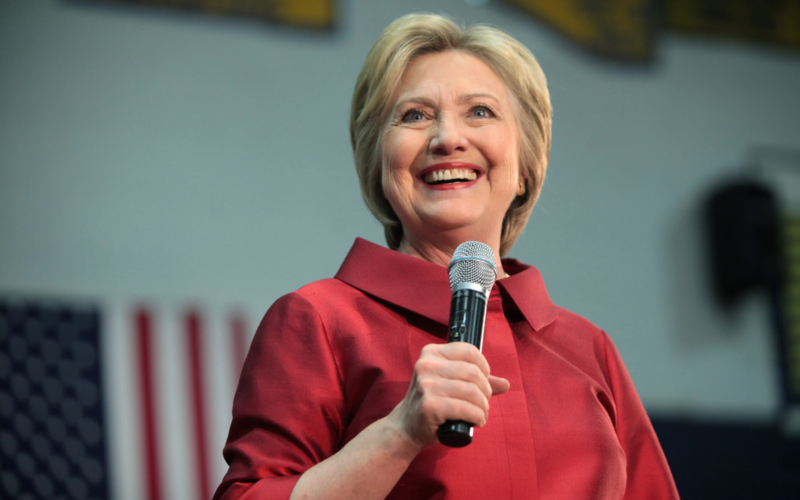 Clinton, who traveled from her home in Chappaqua, New York, had decided not to speak at Michigan State University, where she determined students “could make do with a State Senator or a DMV employee.” Students at Ohio State, another university Clinton decided to skip, were addressed by a talking piece of coal.

At Yale, Clinton spoke about the dangers of increasing political polarization as she addressed a crowd in which supporters of President Trump were outnumbered by personal friends of the Clintons.

At Trump University this year, a cardboard cutout of President Trump presided over the graduation ceremony. Upon its conclusion, each student received a framed cocktail napkin from Trump Tower and a bill for $35,000.