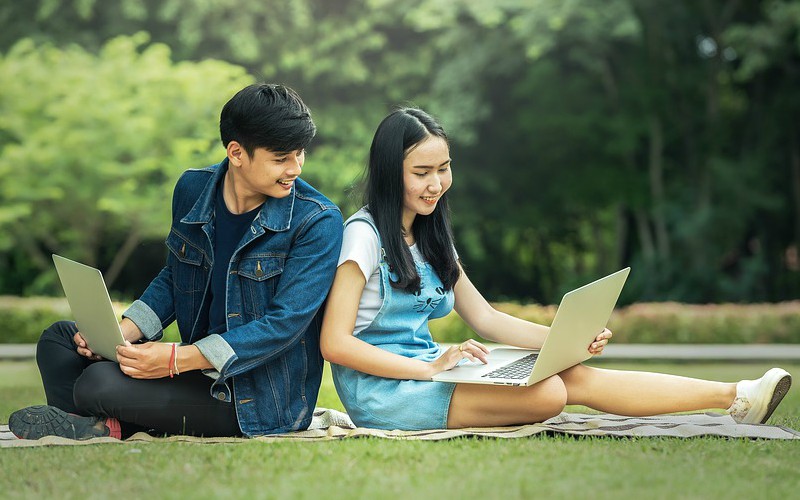 NEW HAVEN – During a recent session of scintillating pillow talk, Yale senior Jeremy Stanton was dismayed to learn that girlfriend Jessica Meyer loved him not for his numerous accomplishments, but for other intangible qualities.

“When I first met Jeremy, he told me about his new cryptocurrency startup and how it would completely disrupt the auto insurance industry,” Meyer explained. “To be honest, his plan for market penetration seemed pretty flimsy, and the whole thing made for really boring conversation. But there was just something about him, you know?”

Stanton had been under the impression that his relationship, like many of his other accomplishments, had begun with an effective marketing pitch. “I’ve always considered myself fairly competitive when it comes to dating, but apparently my calculus was completely wrong,” Stanton reported. “I know I should still be happy though. Jessica is smoking hot, and she just co-authored a paper on Multivariate Gaussian Network Structure Learning.”

Friends of Stanton reported that since the new development in his relationship, he has grown increasingly depressed. “Jeremy’s kind of gone off the rails since that whole thing about how his perfect girlfriend is in love with him or whatever,” Stanton’s suitemate observed. “Yesterday, while he was giving a talk for Yale Undergraduate Diversified Investments, he randomly blurted out, ‘Does anyone even care about any of this?’ and ran out of the room in tears.” When asked to comment, Meyer explained that Stanton was, in fact, a very sensitive guy.

“I always thought nailing that internship at Goldman last summer was the key to securing a beautiful and powerful girlfriend, but it turned out to not even matter,” Stanton reported. “Without my achievements, I’m nothing but an average dude who enjoys cooking dinner and relaxing with a good book. Why hasn’t she left me?”

Meyer explained that she has no intention of breaking up with Stanton. “I remember one day we were walking down the street and he was in the middle of a long rant about how most crypto entrepreneurs don’t actually understand the Blockchain, and then we passed this couple with a beautiful Golden Retriever. Jeremy just dove right for that dog and started petting it with this boyish glee. I’ve been in love since that day and I still am.”

At press time, Stanton was last spotted sitting on a park bench watching the leaves rustle in the wind with his radiant blue eyes. “I don’t know what’s happening to me. My world has been turned completely upside-down,” Stanton explained. “I guess if Jessica really does like me just for me, there must be something wrong with her.”