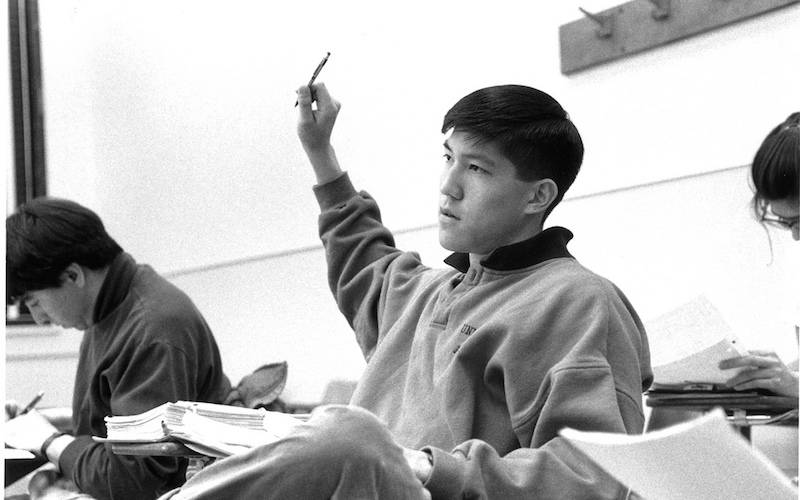 NEW HAVEN, CT – When Alex McNeil ‘21 began shopping his first-year seminar, “Art of the Science of the Modern Technology of Public Policy and Health,” he knew that in order to contribute to class discussions, he would need to overcome the obstacle of “not knowing anything at all.” McNeil thus pioneered a method of reiterating classmates’ observations under the guise of expanding upon their claims. He put the technique into practice Tuesday, announcing that he was “just going to piggyback off that last point for a quick second.”

“I really found my niche in class when I started paraphrasing other, smarter students’ comments to give the illusion of meaningful contribution,” said McNeil. “Yale really isn’t so hard when you just give it somebody else’s all.”

While some classmates have embraced McNeil’s technique, and, in the true spirit of piggybacking, coopted it as their own, others have expressed frustration. “Whenever Alex says he’s about to piggyback off what was just said for a second, we know he’s not going to bring any new insights to the table,” says Daniel Baron, a fellow first-year. “He’s just wasting our time with inane redundancy.”

“Yeah and just to go off that point, I totally agree with Daniel’s description of how I piggyback off other people’s thoughts,” responded McNeil after holding his hand in the air for the duration of Baron’s comment. “This has kind of already been said but I guess I was just going to say that my classmates seem frustrated when I paraphrase their earlier comments and thus squander their time with superfluity.”

When reached for comment, McNeil’s professor Jane Cruz said that it would be improper and wholly unprofessional for her to disparage the contributions of any individual student in her class. “All I can really say,” continued Cruz, “is that I’d rather listen to Alex McNeil regurgitate others’ ideas than be subject to his original thought, although my first choice would be to never hear his whiny, idiot voice say anything at all.”