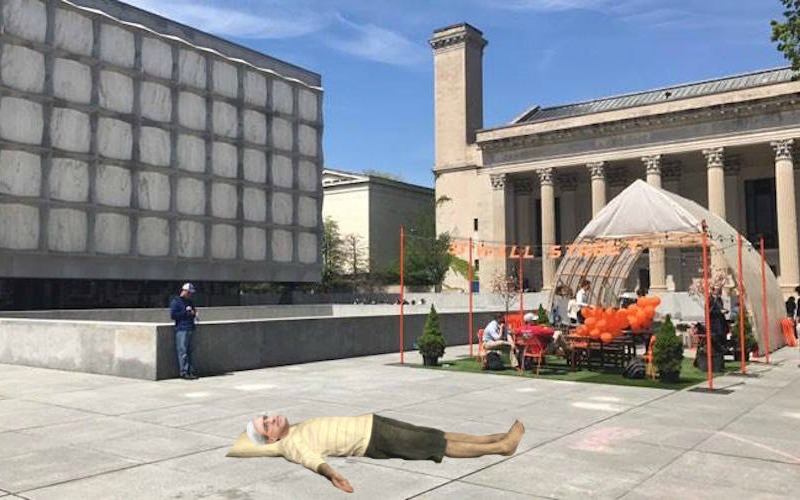 NEW HAVEN — Claiming that “it takes two to tango,” Yale President Peter Salovey announced today that he would begin a solitary hunger strike to end graduate student union Local 33’s “Fast Against Slow,” itself an indefinite hunger strike in protest of the university’s refusal to begin the collective bargaining process.

“Good luck starting labor negotiations when your president is lying emaciated in front of the Beinecke,” reported Salovey, struggling to pitch a tent outside Woodbridge Hall. “If they’re Martin Luther King Jr., then I’m Gandhi. Better yet, I’m Jesus.”

Salovey has said that he will only stop fasting once each of the eight graduate students “has had a hearty meal at one of our fifteen extraordinary dining halls, and/or showed me how they built that bomb-ass tent.”

If Salovey’s health ever begins to deteriorate, Provost Ben Polak has agreed to step in and continue the strike. As an additional precaution, Yale Health doctors are standing by to regularly take Salovey’s temperature and, if necessary, diagnose him with a mild virus that’s been going around.