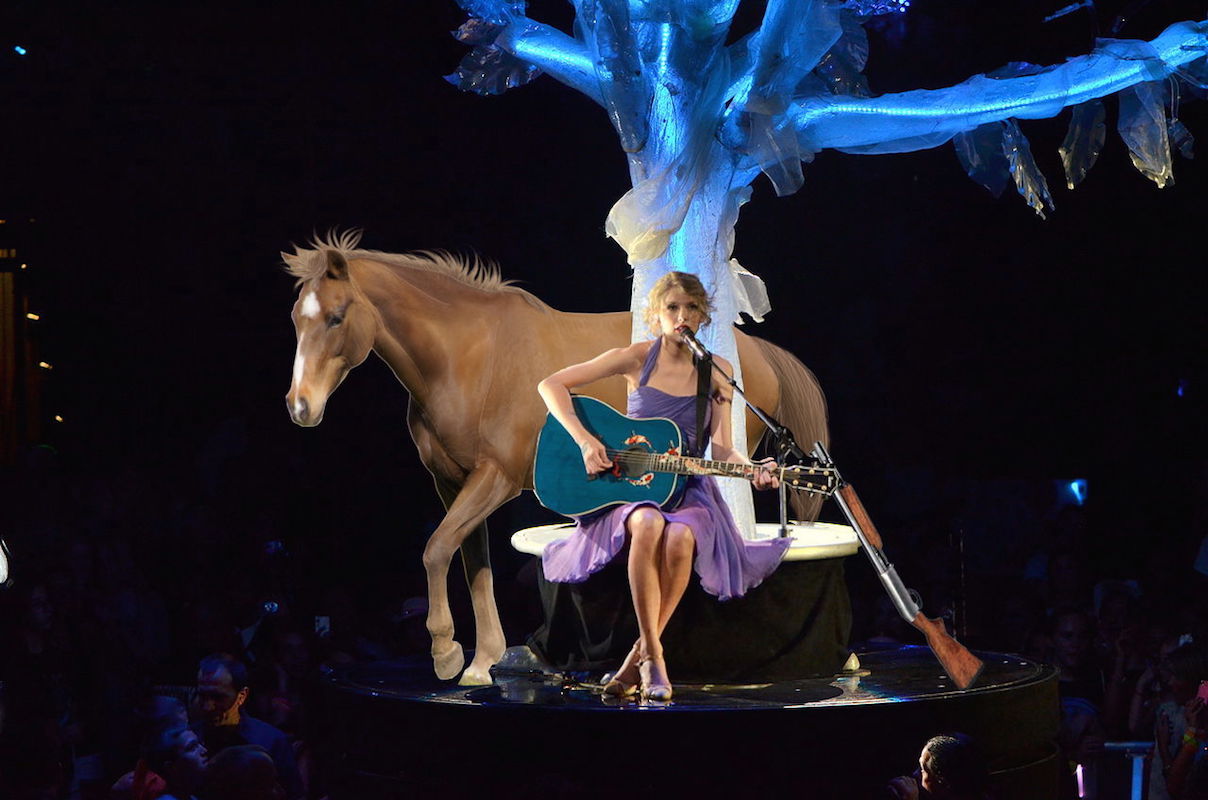 CLEVELAND — Pop sensation Taylor Swift had a special surprise for one lucky fan during her sold-out concert at the Quicken Loans Arena this past Monday.

Local eighth-grader Josie Franklin reached out to Swift on Twitter last month, explaining that her horse, Mr. Fuzzy, had recently suffered an injury to his left hind leg. She never got a response, and assumed that her plight had fallen on deaf ears. But halfway through the concert, Franklin was delighted when Swift ushered her horse onstage for one last rendition of “Out of the Woods,” before firing a single shot into its head.

“I really appreciated how she put Mr. Fuzzy out of his misery,” Franklin said. “And without even asking me first—it’s like she knew just what to do.”

“I would be willing to kill a thousand horses to make one fan smile,” Swift said in an interview conducted after the show. “In fact, I’d love to make that happen.”