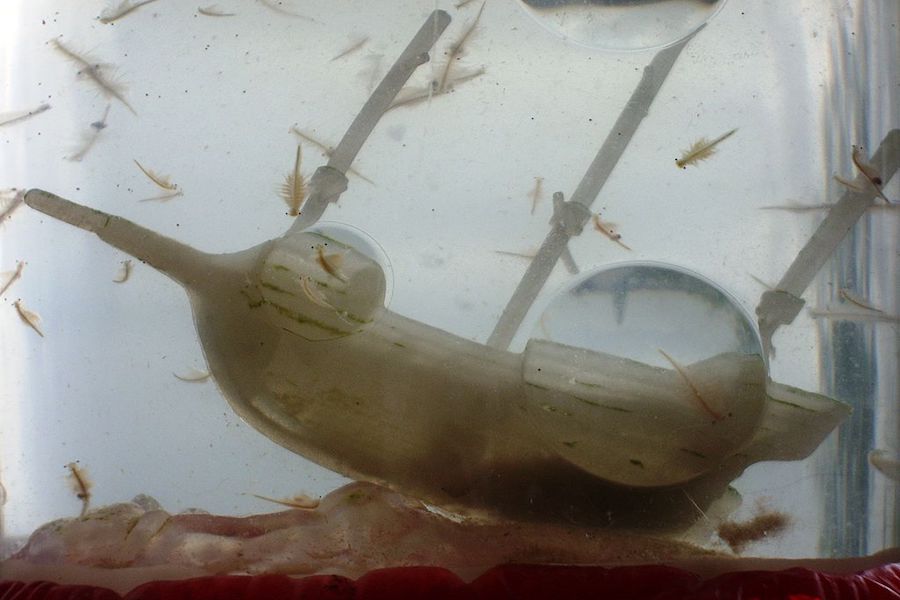 Life is a beautiful thing. Precious, even. I mean, I guess you could say that was my rationale for purchasing a family of 53 Sea-Monkeys. But precious things are often fragile. And, according to the Sea-Monkey care sheet, their little bodies can only withstand the weight of the world for two to three months.

But blink, and suddenly those two to three months have come and gone, and you realize that time is a merciless river rushing ceaselessly forward and you should have dipped your feet in while you still had the chance.

It wouldn’t be so bad if I had been less invested in their shrimpy little lives. “Mr. Humphrey’s off to work again,” I’d say, observing a particularly corpulent Sea-Monkey’s daily commute into a decorative shell. Another would swim by, accompanied by a smaller, underdeveloped one. “There goes Mrs. Simmons, dropping Junior off at school.”

I just wish I had kept some emotional distance, instead of, say, introducing myself as their god and making them wear tiny Yale sweaters.

So, yeah. The first thing that should be on the care sheet for Sea-Monkeys is ‘don’t form long lasting relationships with them,’ even before ‘feed them a handful of mystery dust everyday’ and ‘don’t put a live humpback whale in their habitat.’

One time I thought I saw a whale, but it was just an opossum carcass in some standing water.