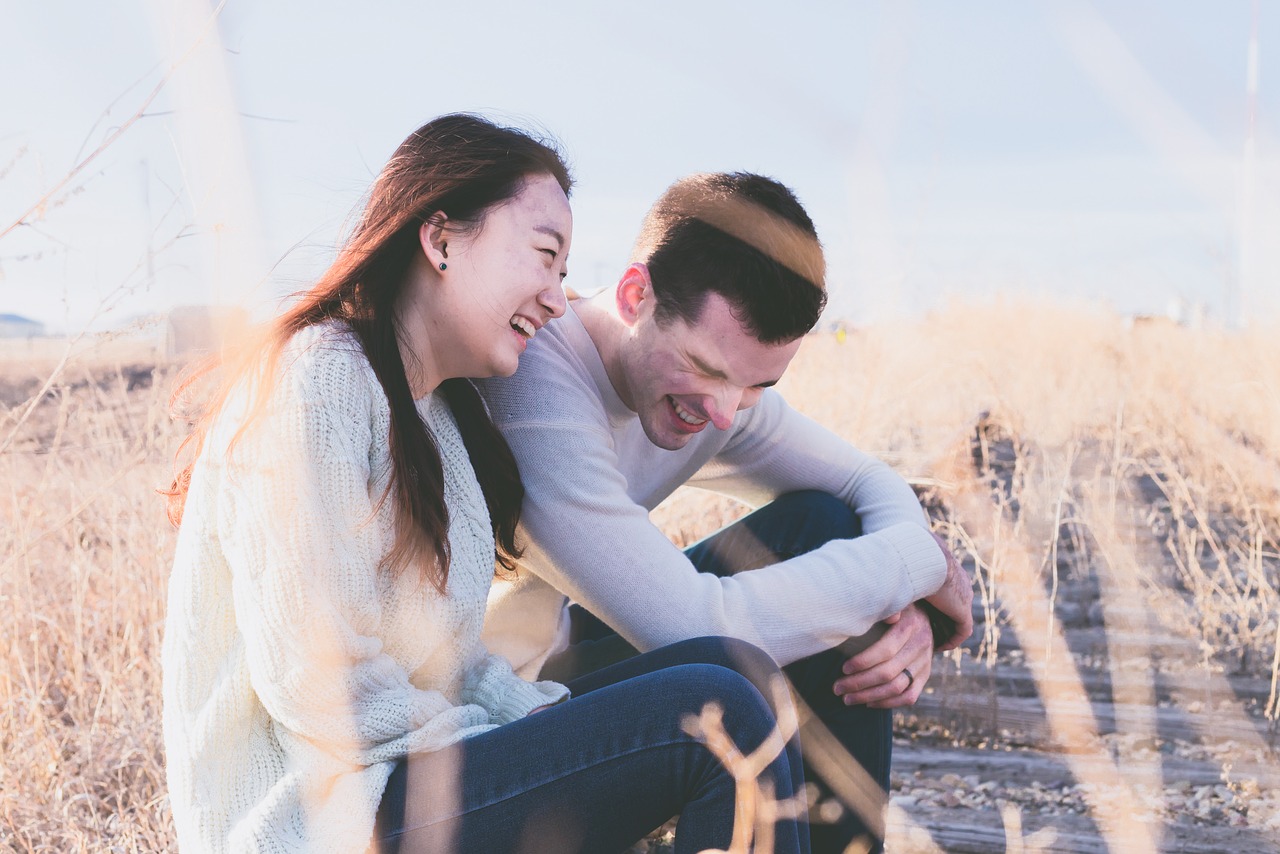 Now that the holidays are over and Valentine’s Day creeps ever closer, it’s time to avoid reflecting on how sad and lonely you really are. These five true and-that’s-how-we-met stories will cheer you up as you cry under the sheets in your dark bedroom littered with sticky, crumpled tissues:

It was a beautiful evening in California’s bucolic Sonoma Valley. The setting sun lit up the world in rich, orange-red hues and our young lover, Jean, could see the luscious, orderly vineyards for miles in the rolling hills below atop her horse. Jean and Steve, her date, had been seeing each other for three months, yet it was only on their horseback riding date that she knew that she had met the One. “Isn’t it so beautiful up here Jean? It’s almost as beautiful as you,” Steve said in his bitch-ass, high-pitch voice. Jean wasn’t listening. Jean looked down at her steed and realized she had found her true love, Raphael the Stallion. Jean will always remember how, as Raphael’s handler handed his reigns to her, he stopped, looked straight into her eyes, and said “This one is special,” before running away, mounting his steed, and galloping off into the sunset.

It really was love at first sight. Born and raised in the French Rivera, Raphael was a steed of great style. Jean loved how Raphael snorted, as if to say “While Albert Camus’ Myth of Sisyphus represents a compelling refutation of Kierkegaard’s conception of existentialism, its absurdity fails to highlight the true ontological properties of existence itself.” With every grunt Raphael makes a brilliant, intricate critique of Hayden’s Fourth symphony, with every step he shows off his aristocratic, bourgeois origins. His coat was shining; his musculature rippling; his penis enormous. While their love may be both unorthodox and illegal, they will never let the bigots, haters, or PETA tear them apart. #lovetrumpshate

Harry was an underpaid staff writer for a shitty fashion magazine. Juliet was a stunning, elegant, multi-million-dollar fashion model, a global icon of feminist causes, and inspiration to millions of women. Harry was in awe the moment Juliet walked down that narrow catwalk in 21-inch stilettos at New York Fashion Week. Harry was in even greater awe as Juliet tripped and landed right on top of Harry as his pants erupted with joy. Soon Harry was falling head over heels for Juliet, writing her fan letters, following her around the globe, and wiretapping her cell phone. When Juliet filed a restraining order, Harry, our persistent protagonist, continued pursuing Juliet, showing up to her 34th birthday naked, getting beaten up by her husband, and being thrown in jail for three decades.

John and Joanna met on Spirit Airline’s Flight SA335 from Springfield Missouri, to Springfield, Kansas. Together, they took their love to new heights. Joanna loved the way John kept pressing the attendant request button. She loved the way he asked for a Blue Martini, shaken not stirred, in economy class, on a domestic flight, on an airline that doesn’t even offer beverage services to begin with. Soon, they entered the mile-high club, making love underneath a thin, complimentary blanket in seat F34. While we hear membership in the club comes with a free 10,000 bonus miles, John and Joanna were sadly banned from flying for life. Such acts of discrimination on airlines are all too common.

It was a brisk November morning as Phillip, a certified buttplug quality control consultant, started up his 1969 Ford GT Mustang to head to his office in the city. Across town, Jacqueline, a married suburban housewife, was waking up her daughter Stacy and driving her to school in their 2016, fully-upgraded Toyota Sienna. After dropping Stacy off at school, Jacqueline cut off Phillip, nearly slamming into his bumper. In response, Phillip went into a road rage, listing off a string of expletives about various sexual interactions involving incest and genital-anal contact that this family-friendly publication cannot publish.

“At first,” Jacqueline recalled, “I was really mad at him for flipping me the bird, but I was soon turned on when I realized he was reciting an erotic, expletive-filled poem.” Jacqueline responded in kind, naming several grotesque sexual acts (many of them anatomically impossible) to her soon-to-be lover. They signaled to each other to take the next exit, then parked in an abandoned parking lot outside of IHOP. Phillip walked over to Jacqueline’s minivan and started making out with the driver-side window. “It was almost as if Phillip was illustrating the seemingly invisible yet oh-so tangible limitations of marriage and the importance of sexual freedom to social cohesion.” Phillip said he didn’t remember that, but he was “Super drunk, so it might’ve happened, I dunno.”

When asked about what they loved most about each other, Jacqueline replied that she loved Phillip’s intellectual brilliance and physics-defying lovemaking, while Phillip said, “I finally got to bang Stacy’s mom,” after which he requested to be high-fived by a member of our staff.

These two lovebirds met in the Florence ADX Supermax Prison in Fremont County, Colarado. Garry was a known-psychopath and murderer with too much time on his hands. Jill was the prison’s psychologist without much time on her hands. With little energy to devote to her personal life, Jill realized she would have to find love at the workplace.

Lucky for her, love always finds a way. Jill realized she had found her life partner, in interrogation room C24, when she heard how lovingly and respectfully Garry treated the bodies of his victims. “It isn’t often that you find such nice guys in my line of work,” she said. “I was really just blown away his kindness.” Shortly after, Garry was blown away too — by Jill under the steel interrogation table. To celebrate their 14th anniversary, Garry brutally murdered Jill, making her his 114th victim. Garry honored Jill’s memory by preserving her body parts in several bottles of formaldehyde under his bed. Love is so beautiful.