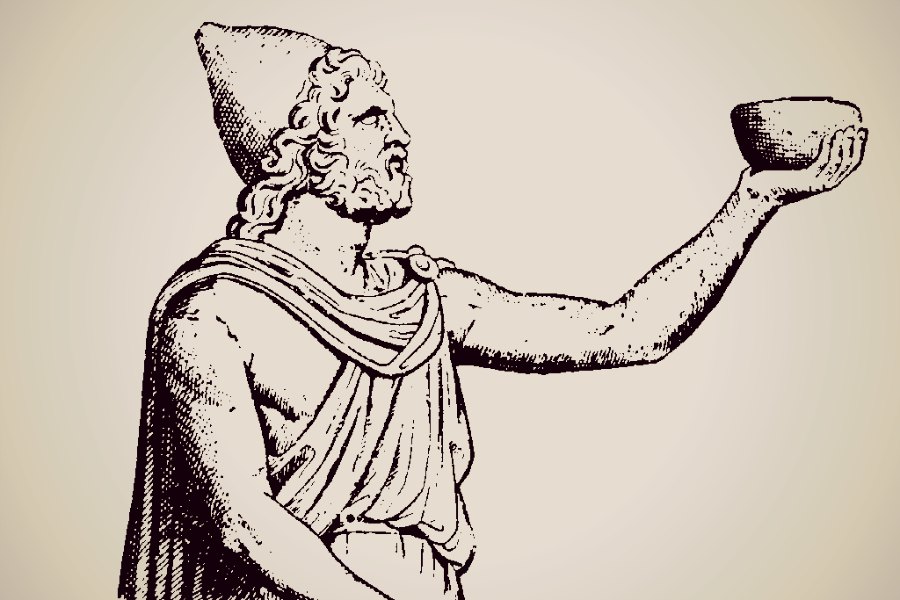 The hero Brodysseus, swift of chug
Returned home from battle with his face all smug.

His clever strategy had won the fight,
And now he journeyed home to Timothy Dwight.

In the line at Toad’s, his friend was “belig”
And engaged with a man who was built like a fridge.

Brodysseus quickly stepped in to save the day
By saying, “Fuck these guys, Toad’s is dumb anyway.”

Without even allowing their enemy to reply,
Brodysseus and his bros left to get shitfaced at Sig Chi.

They drank, then were wading through a cloud of pot fumes,
When a young man stopped them and offered them shrooms.

Brodysseus’s friends consumed the drugs rapidly
And lost track of time as they hallucinated vapidly.

With his brothers-in-arms trapped at the frat by those plants,
Brodysseus declared himself bored and departed the manse.

Soon, as he was passing a gothic stone moat,
Pabst-induced bile began to creep up his throat

But the only receptacle he found, as he stumbled down the blocks,
Was in a first-floor window: a dainty flowerbox.

“Who’s there?” asked an indignant voice from inside.
“It’s nobody,” the upchucking Brodysseus replied.

From that moment, his night took a turn for the worse.
Due to his unwelcome vomit he was beset by a curse.

Of the path to his dorm he had lost all knowledge–
It would take an eternity to return to his college.

The first challenge he encountered was one of temptation
(And nearly ended in organ donation).

An a capella group’s siren song caught our hero’s ear,
And into the path of traffic he did veer.

Because no other thought punctured the haze caused by bourbon,
He almost ended up on the hood of a Suburban.

The next challenge put him in a difficult spot
Choosing between interactions both with awkwardness fraught.

On the left, an old hook-up, from a bygone drunken night,
And an acquaintance from bio class walking on the right.

Stuck between two monstrous options, each worse than the next,
Our courageous young hero bravely pretended to text.

He finally arrived at the courtyard of TD,
And decided to hit up his fuckbuddy Penelope.

But as he arrived staggering to Penelope’s door,
He saw another suitor seated with her on the floor.

But when Brodysseus opened his mouth to challenge the suitor,
He instead booted all over Penelope’s computer.