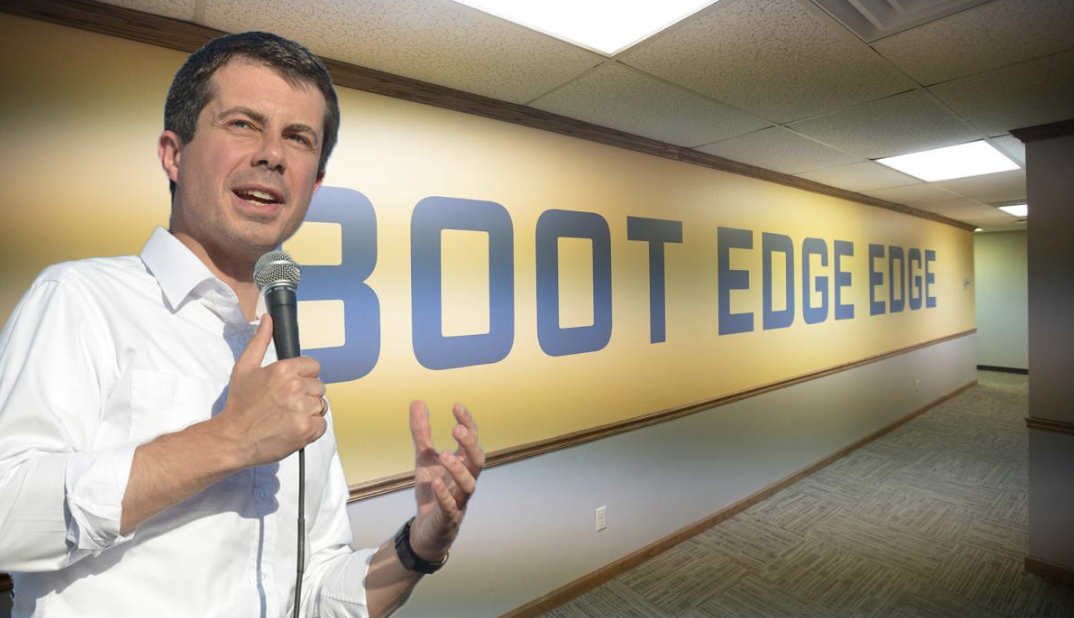 What’s up everyone! It’s me, Pete Buttigieg. Some of you know me as the mayor of South Bend (the Indianapolis of northern Indiana), but I guess my real claim to fame is my next job, the President of these fifty great states. Still, some people were saying I could never be President, and I really didn’t see why. But then it hit me. How could Pete Buttigieg be president if the people can’t pronounce his name? If I just get past this obstacle, my campaign will be unstoppable.

So, without further ado, here’s my easiest trick for pronouncing such a special name. First, think of something round, something fat, something that a lot of people like to stuff in their mouths. That’s right— pizza! Who doesn’t love a good pizza! I know I do. So just take the first syllable of that, and boom: that’s my name! Think of it as PETE-za from now on. It’s easy PETE-zey! (Don’t you just love a funny president?!)

I know what you’re thinking. I must have been bullied for my irregular name. And you’re right: I absolutely was. I remember it started in third grade, at Sweaty Mikey’s end-of-the-year pool party. His mom made everyone get out of the water, because someone had an “accident.” Now, I don’t want to name names, but yes, it was Joe Biden. Obviously he didn’t want to fess up to it, but I eventually got blamed for it when all those eight-year-old punks (and one unnamed pasty forty-six-year-old) said that I “Pete” in the pool. While I lost a lot of friends and dignity that day, I also began working towards my goal to be the first president openly named Pete.

So, now I’m asking you for your support. I’m just a humble guy who’s had to overcome some obstacles, like when I spilled my water bottle on myself in the high school cafeteria and everyone said I “Pete” my pants, or even when I served in Afghanistan and everyone said I “Pete” my pants after I peed my pants. But I saw those setbacks as opportunities. I never imagined a guy with my name would maybe be president one day, but here we are. To all the little Petes out there, the sky’s the limit.