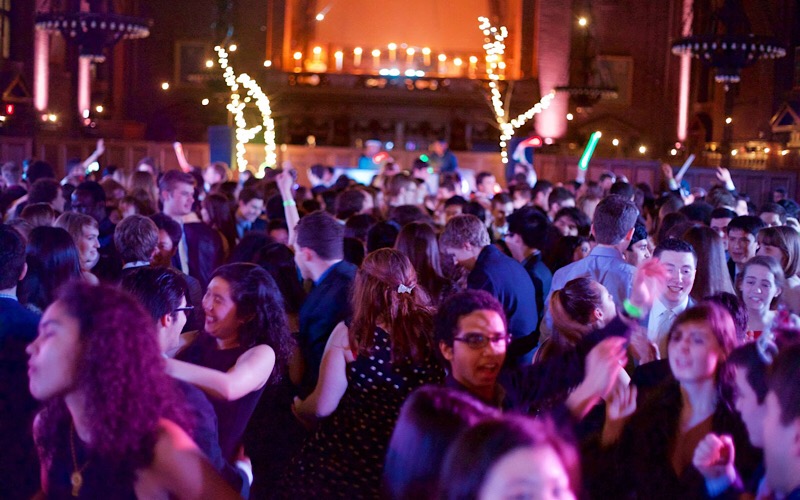 New Haven, CT — In accordance with the change from “freshman” to “first-year” enacted in September, Yale administrators announced this week that the annual “Freshman Screw” would be renamed the “First-Year Fuckathon.”

“Times are changing, and now more than ever, gender inclusivity needs to be a priority,” said Dean of Student Affairs Camille Lizarribar. “The use of ‘freshman’ is outdated and perpetuates a toxic patriarchal culture that we need to dismantle. By changing ‘Freshman Screw’ to the ‘First-Year Fuckathon,’ we ensure that all gender identities are represented in this storied Yale tradition.”

The dance will feature all the classic trappings of a formal dance: photo booths, great music, and light refreshments. The only thing missing: problematic gender undertones.

“I was embarrassed to tell my friends from high school that I was going to an event with such an antiquated and misogynistic name as Freshman Screw,” said Matthew Pendergrass ‘20. “‘First-Year Fuckathon’ is a name I’m proud to call home about.”

The move comes after a number of peer institutions reformed traditions in recent years to promote gender inclusivity. At Harvard, the “Freshman Olympics” were rebranded as the “First-Year Olympics of Fucking.” Meanwhile, Brown changed its annual “Upperclassmen’s Ball” to “The Upper-Level Students’ Ball-Drain.” And perhaps most notably, at Columbia, the John Jay freshman dormitory was renamed to “The Fuck Palace.”

Lizarribar commended the First-Year Class Council’s work to enact the change. “It just goes to show what can be accomplished when you get everybody in the same room and the juices start flowing.”

— E. Connors and A. Kinnane