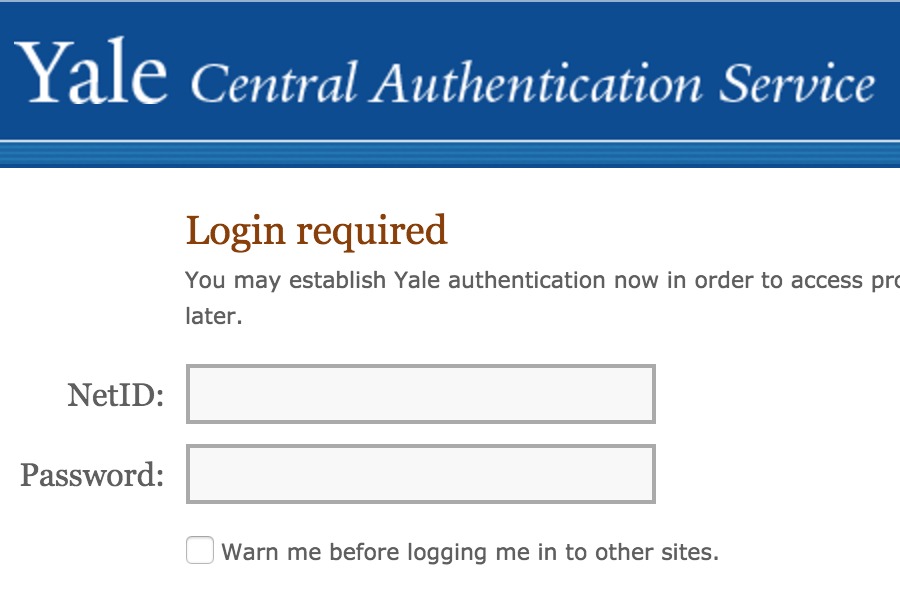 Phoebe Olivia Osternitz, I am so sorry. There’s no one to blame but your parents. For the rest of your Yale career, you will have to type “poo” on your screen as the Jessica Elizabeth Rachel Kings of the world look on with scorn. And maybe you could have just kept your head down and hoped for the best, but “poo22” has such a nice ring to it. Now it’s the nickname even your FroCo calls you. Yikes. I have two suggestions for you: save your netID into your “keychain” so you can spend minimal time on the login page, and remember to take your Lactaid before every meal so people don’t start putting a scent to the name.

Adam Samuel Steinberg – You, however, can blame the system. There are only so many combinations of “Adam,” “Samuel,” and “Steinberg” to be made, and with almost 25% of the Yale population being Jewish, they’re all covered. It would actually be reasonable for you to believe that you were the 69th Yalie of the Internet Age to be named Adam Samuel Steinberg (with perhaps a few Aaron Solomon Sterns in the mix). Unfortunately for you, though, the numbers are random. Yale could’ve chosen just about any number between 1 and 99, and you got 69. You, “ass69,” are a victim of the system.