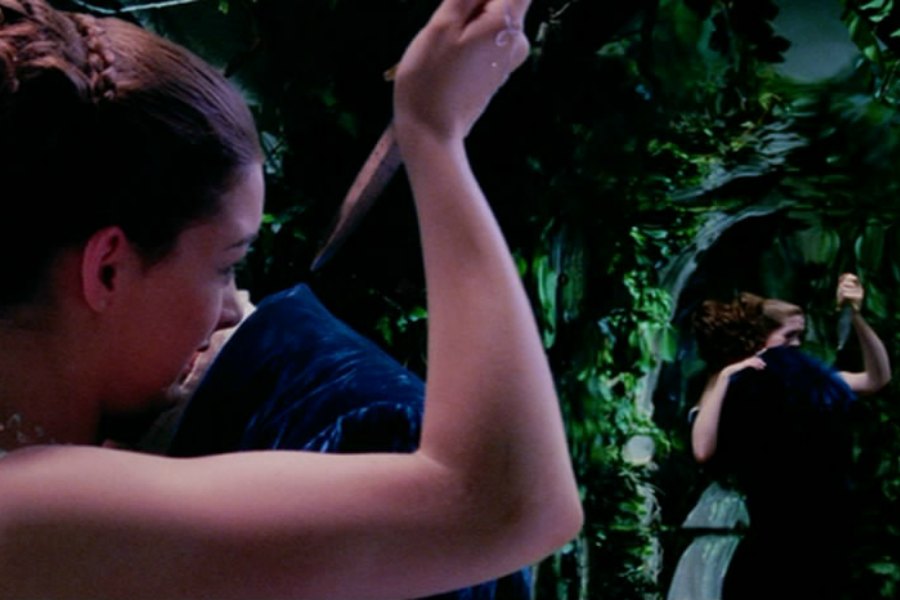 On a lazy night at home, I recently decided to watch the film Ella Enchanted, based on Gail Carson Levine’s 1997 book. I was very excited for the film, which was lauded as a mid-2000s classic and had received an impressive 93% on Rotten Tomatoes. After finishing, however, I found myself shocked by the actions of its characters, disgusted with the movie’s writers, and pining for an alternate ending I couldn’t believe had failed to come to pass.

For those who haven’t seen the movie, the main conflict centers around a young woman named Ella. As a baby, Ella’s fairy godmother gave her the “gift” of eternal obedience. No matter what someone tells Ella to do, she has to comply. The implications of this condition are shown to be comical (a character tells Ella to “hop to it” and she bounds away with two-footed leaps) but also dangerous (Ella is ordered to stab to death the Prince of the Kingdom, who is also her boyfriend). The rules of the movie’s universe, however, are clear. Whatever someone tells Ella to do will happen, no matter what.

Undoubtedly now you’ve seen what’s causing me distress, so I’ll just go ahead and say it.

How on earth did no one in the movie ever think to tell Ella, “Fix racism”?

It’s mind-bogglingly simple. Ella has to do whatever someone says. Someone tells Ella to fix racism. Boom. Racism is fixed.

Enchanted purists may point out that Ella didn’t always follow her directive. In the climax of the movie, Ella disobeys her order to kill the prince, breaking her spell in the process. The only time, however, that Ella didn’t obey an order was when the outcome was completely incompatible with her deepest wish. If Ella’s deepest wish is the continued marginalization and oppression of minorities, I think there would have been some indication during the film.

Maybe not. After all, racists don’t wear their bigotry as proudly on their sleeves as they once might have. But I still think it’s worth the risk. Either (1) we tell Ella to fix racism, and she fixes racism, or (2) we tell Ella to fix racism, and the thought of a world free from discrimination and prejudice is so repulsive to Ella that she breaks free of her curse. If the first happens, we enter post-racial America; if the second happens, then we’re no worse off than we were before. Either way, I am still in shock that no one at least tried. Shame on every character who knew of Ella’s condition and chose to not use it to cure us of the blight of racism, shame on the writers, and shame on Miramax and Disney for wasting this powerful tool at their disposal.

Hey, I just thought of another one: Why didn’t anyone tell Ella to build a time machine and warn us about the Challenger Disaster?