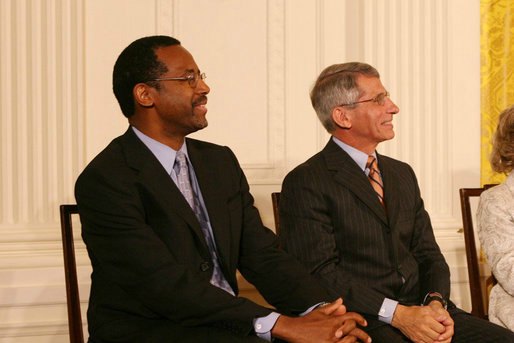 BALTIMORE — Already plagued by accusations that he has fabricated his life story, Republican presidential candidate Ben Carson admitted Monday that he was not, in fact, a founding member of Alpha Phi.

Carson first made the controversial statement in his best-selling 1990 memoir Gifted Hands. In the book, he claimed to have a been a member of Alpha Phi’s inaugural class while a junior at Yale in 1972.

“I joined Alpha Phi and was immediately voted Most Charismatic and Least Boring,” Carson wrote in the book’s first chapter. “The mayor of New Haven gave me a key to the city. Then I got into my hover-car and flew away.”

Throughout the campaign, Carson has repeatedly cited his days in Alpha Phi as evidence of his leadership and crafting skills. This revelation also calls into question other stories from his book, including one anecdote about his early surgical work.

“One day, conjoined octuplets arrived at the Alpha Phi house and needed someone to separate them,” he wrote. “So I performed the surgery and saved all eight babies. And then, simultaneously, they all said, ‘Thank you Dr. Ben Carson. We endorse you for President of the United States.'”