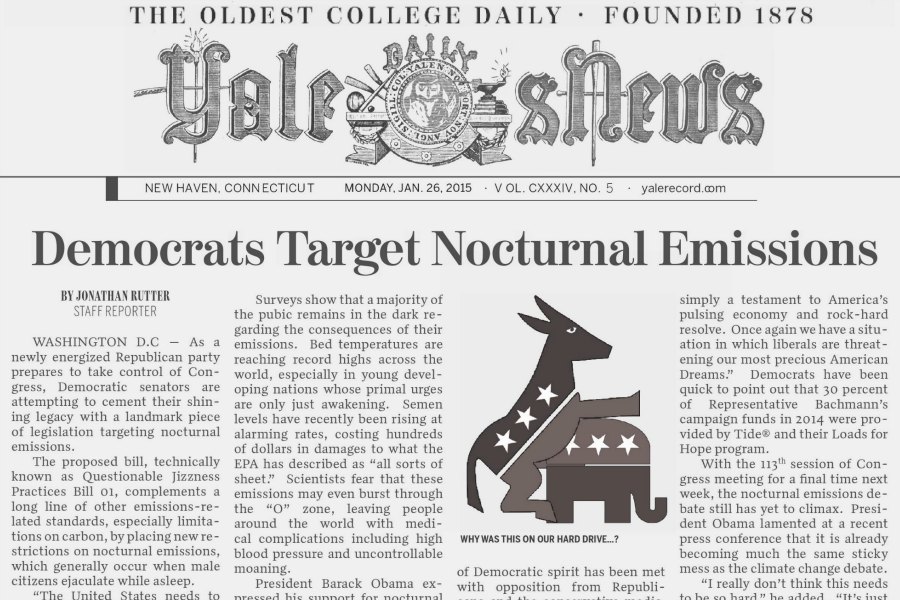 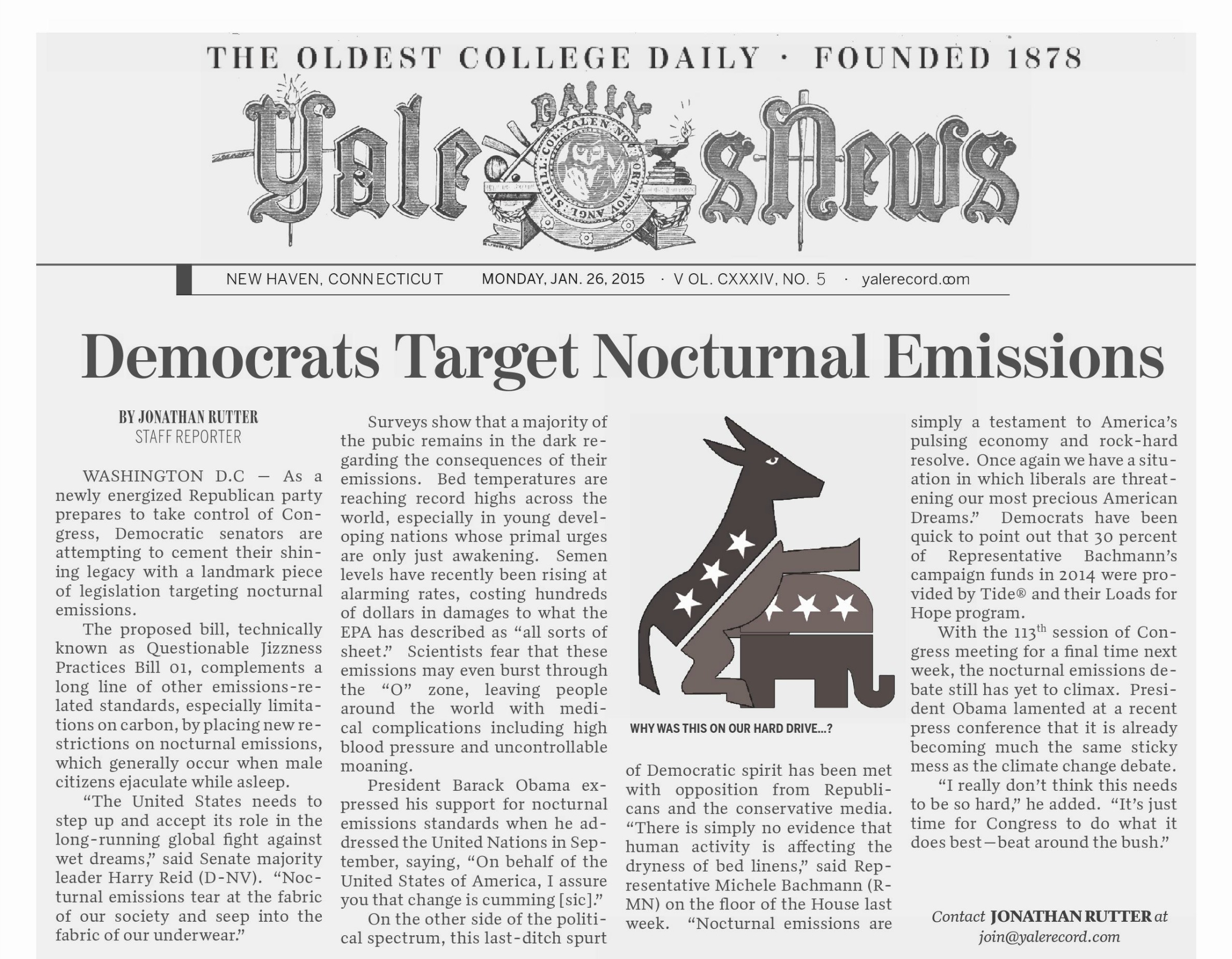 WASHINGTON—As a newly energized Republican party prepares to take control of Congress, Democratic senators are attempting to cement their shining legacy with a landmark piece of legislation targeting nocturnal emissions.

“The United States needs to step up and accept its role in the long-running global fight against wet dreams,” said Senate majority leader Harry Reid (D-NV).  “Nocturnal emissions tear at the fabric of our society and seep into the fabric of our underwear.”

Surveys show that a majority of the pubic remains in the dark regarding the consequences of their emissions.  Bed temperatures are reaching record highs across the world, especially in young developing nations whose primal urges are only just awakening.  Semen levels have recently been rising at alarming rates, costing hundreds of dollars in damages to what the EPA has described as “all sorts of sheet.”  Scientists fear that these emissions may even burst through the “O” zone, leaving people around the world with medical complications including high blood pressure and uncontrollable moaning.

On the other side of the political spectrum, this last-ditch spurt of Democratic spirit has been met with opposition from Republicans and the conservative media.  “There is simply no evidence that human activity is affecting the dryness of bed linens,” said Representative Michele Bachmann (R-MN) on the floor of the House last week.  “Nocturnal emissions are simply a testament to America’s pulsing economy and rock-hard resolve.  Once again we have a situation in which liberals are threatening our most precious American Dreams.”  Democrats have been quick to point out that 30 percent of Representative Bachmann’s campaign funds in 2014 were provided by Tide® and their Loads for Hope program.

With the 113th session of Congress meeting for a final time next week, the nocturnal emissions debate still has yet to climax.  President Obama lamented at a recent press conference that it is already becoming the much the same sticky mess as the climate change debate.

“I really don’t think this needs to be so hard,” he added.  “It’s just time for Congress to do what it does best—beat around the bush.”