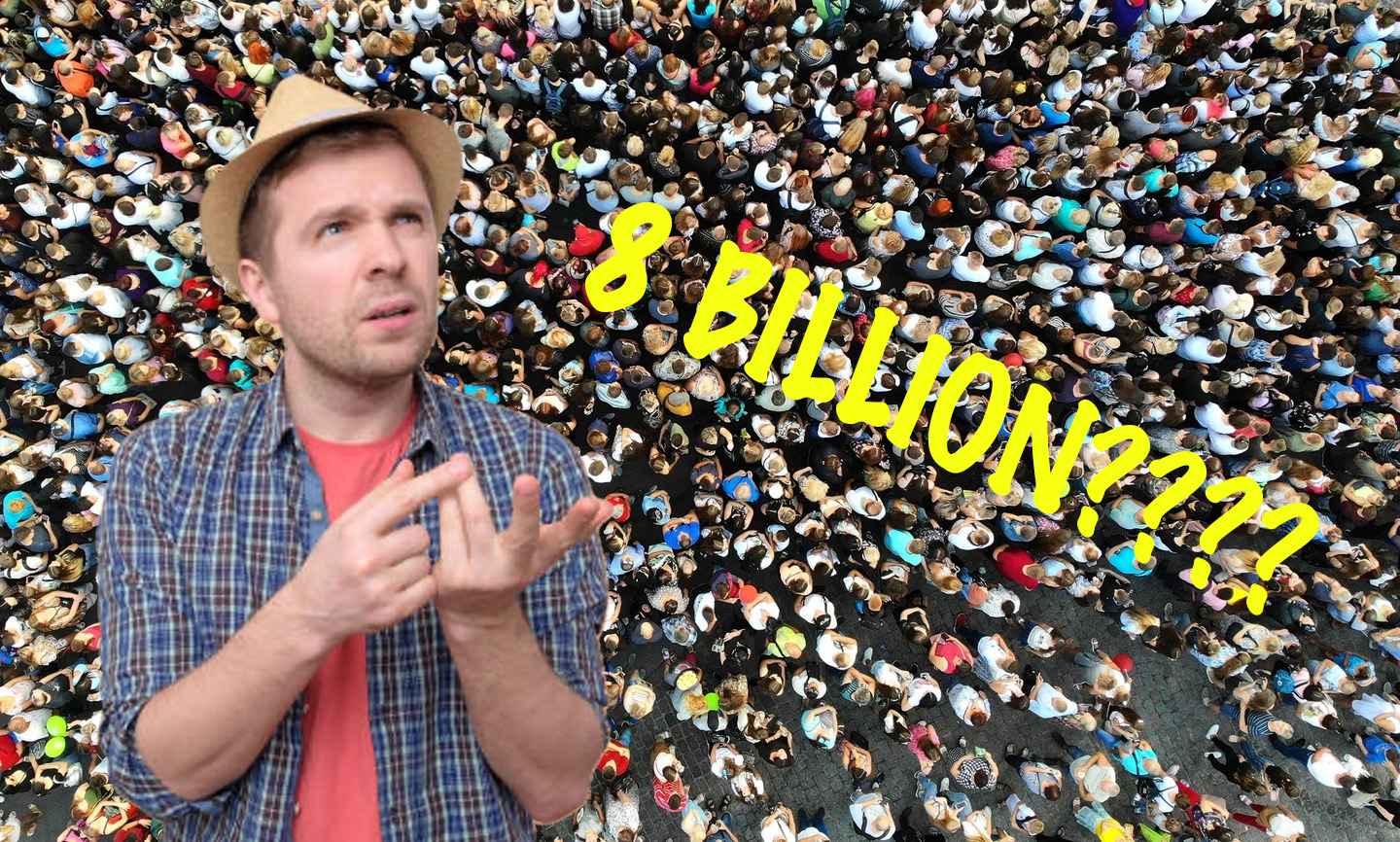 Wait, you’re telling me there are 8 billion people alive, on Earth, right now? I don’t think so. Did you count them? I don’t think you could really count them. If you tried to go and count them all, by the time you were done some of them would have died. Kind of messed up that they spent their last moments being counted.

Are you really sure that there are 8 billion? What if there were like, 7 and a half billion? Would that really be so much harder to believe? Why 8 billion? Why not 9 billion even? I just don’t really believe you.

Wait, so you just estimated? Alright, I’ll estimate too: there are 108 billion people. Your 8 billion you counted up here, and then 100 billion more people living underground like ants. You know, there are 20 quadrillion ants on Earth apparently. You wouldn’t know that because they live underground where you can’t count them. So it really only makes sense that there are a lot more people underground that we don’t know about.

Maybe there are alien space people out there. Did you count those too? Ocean people? We know less about the ocean than we do about space. Did you even think to look for merfolk? Come on man, 8 billion my ass. Moron.